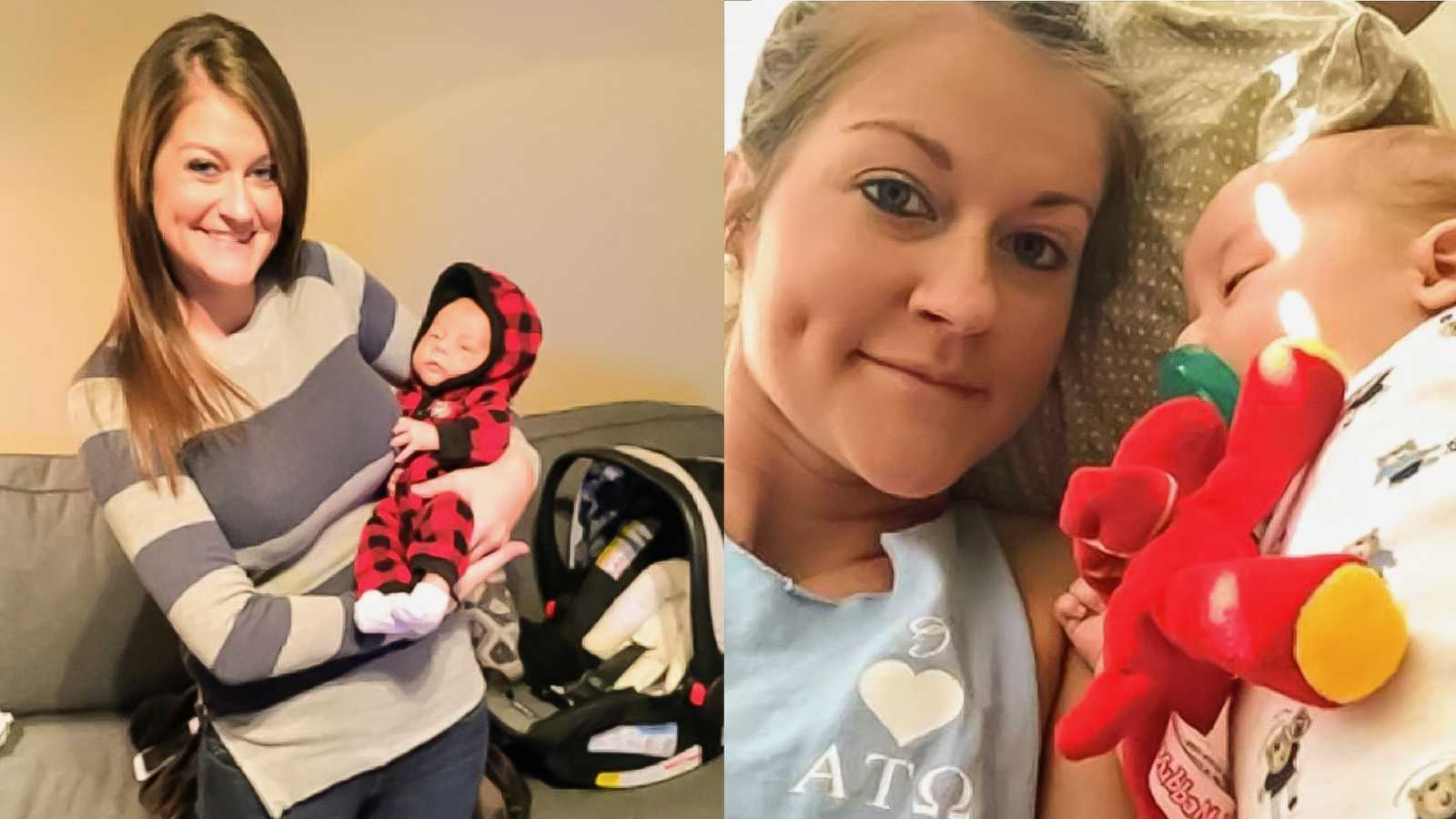 “My daughter Brenna was born in March of 1989. She was born quickly after a 2.5 hr labor and was always such a great baby. And, over the years, she grew into a fun little girl who loved people and loved making noise.

Brenna loved preschool and could not wait to start kindergarten. She wanted to ride the bus that came and picked up her big sister and took her to school. She did well in school, made many friends, and was quite social. Everything was going well until there were some changes in the 5th grade. She seemed down and was quiet and just did not seem happy. At the time, I thought it was because the group of friends she had were now all split up. She always seemed better after school got out for the summer.

Middle school came along and those years can be a very tough time for kids, especially girls. Brenna was picked on and made fun of for being thin and having crooked teeth. She was not physically ready for braces, but when she was, her teeth started moving the first day! One of my favorite memories of her was when she had to get several baby teeth pulled before she could get the braces. She had them all pulled on the same day and could not sleep. So, we pulled out the sofa sleeper and watched the Game Show Network. We talked about that even after she was an adult, about how much we enjoyed spending that time together.

Eighth grade was another turning point for Brenna. She seemed to be struggling again and then got sick with what the doctor said was a bad stomach virus. This happened the same week she was to go to Florida with her dance team for a dance competition. We went to the competition even though she was weak and did not want to get out of bed. She competed and as soon as we got back, I called the doctor and made another appointment. He talked with her and apologized for not reacting before because he felt like she was dealing with depression.

Brenna was prescribed medication and began seeing a counselor and things improved, until high school. She was struggling academically, getting behind with her work, and failed a couple of classes. In 11th grade, she took a large number of pills and left a note for us. Brenna was rushed to the ER and then transferred to the ICU at one of the children’s hospitals. She was there for a week and then moved to a behavioral care facility where she spent another week. When she was released, she was still behind in school, and her school counselor suggested she switch to the county voluntary school. This was perfect for her as she was able to work at her own pace and could work alone. She  managed to finish and graduate on time!

Brenna took some college classes, was working and still dealing with Major Depressive Disorder, severe PMS, and Generalized Anxiety Disorder. She made the decision to move to Florida for a fresh start. She stayed there for about 3 years and then moved back home. She got a job right away and met a guy named David. They started dating and in the spring of 2016 she came home, sat down, and told her younger sister Shelby and me she was pregnant! We were very surprised and she was as well because she was told by the doctor her chances of getting pregnant were very slim due to a diagnosis of PCOS. I was so excited I was going to be a grandmother!

As soon as she found out she was pregnant, she stopped taking all her medication since she did not want to harm the baby in any way. Her OB prescribed a prenatal vitamin that would be safe for the baby, but would help her as much as possible. It was a custom formula and she was on it for several months. Once she started her third trimester, she started on medication again to help with the depression. The baby ended up being born almost 5 weeks early, but was healthy and there were no complications.

Brenna was a great mom and took very good care of baby David, or as she called him, Diddle. She really struggled with exhaustion and feelings of inadequacy, especially when David was at work. Despite getting help, I could tell she was really struggling and was getting worse. I went to a work conference in June of 2017 and came home on Wednesday. On Thursday the 8th, we watched Diddle and she asked us to keep him overnight, which we did.

That night, I went to bed and forgot to take my phone off silent and did not hear the phone ring. It was the sheriff’s department calling. I missed the call. They called Shelby and she came and woke me with the three words that changed my life forever: ‘Brenna killed herself.’ She died from a self-inflicted gunshot wound early on June 9, 2017.

At best, the last two years have been difficult. I prayed so many years, asking God to heal her. She is now healed, but not in the way I wanted or expected. I take comfort in knowing she is in Heaven with Jesus, who she loved deeply. I still miss her every day and it makes me sad Diddle won’t remember her, but we make sure he knows who she is and that she loved him very deeply.

The road of grief is a difficult one to travel down. I am fortunate to have great support form family, friends, and church. I see a therapist and attend a support group. I’ll never forget when one doctor I saw told me, ‘Mental health care is broken in this country. The number of lives lost to suicide is startling and changes need to be made’ Andrew Slaby, MD said it well. ‘Few understand that the death (suicide) is seldom self determined, but rather driven by a distortion of perception by a biochemical effect. People who die by suicide don’t want to die; they simply want to end the pain.’

Depression is an illness and is not something you just snap out of. There is a chemical imbalance in the brain that requires treatment. It can be difficult to find medication that works and it takes time to work. Mental health is often misunderstood and it makes me cringe to hear people dealing with mental health issues be described ad crazy, nuts, or psycho.

The American Foundation for Suicide Prevention sponsors Out of the Darkness Walks and my family participates and walks for Team Brenna. Their goal is to reduce the number of suicides by 20 percent.

I miss my sweet Brenna and I know I will see her again one day. She was my silly girl who loved Jesus, her family, Chick-Fil-A, and Dr. Pepper Icees. I think she would get a kick out of knowing Diddle lovea these Icees also.

I love you very much Brenna and I am trying to live my life in a way that would make you proud.

I miss you each and every day.”

This story was submitted to Love What Matters by Debbie Chastain. Do you have a similar experience? We’d like to hear your important journey. Submit your own story here. Be sure to subscribe to our free email newsletter for our best stories, and YouTube for our best videos.

‘Why would she do this?! She’s such a pretty girl.’: Woman recounts suicide attempt after devastating breakup by swallowing bottle of Tylenol

‘Mom, I need you to know I love you. But I can’t do this anymore. I’m at a bridge. I love you.’: Mom recalls the ‘unbearable’ emotion learning of son’s suicide attempt, ‘I am NOT okay’

Provide hope for someone struggling. SHARE this story on Facebook to let others know a community of support is available. 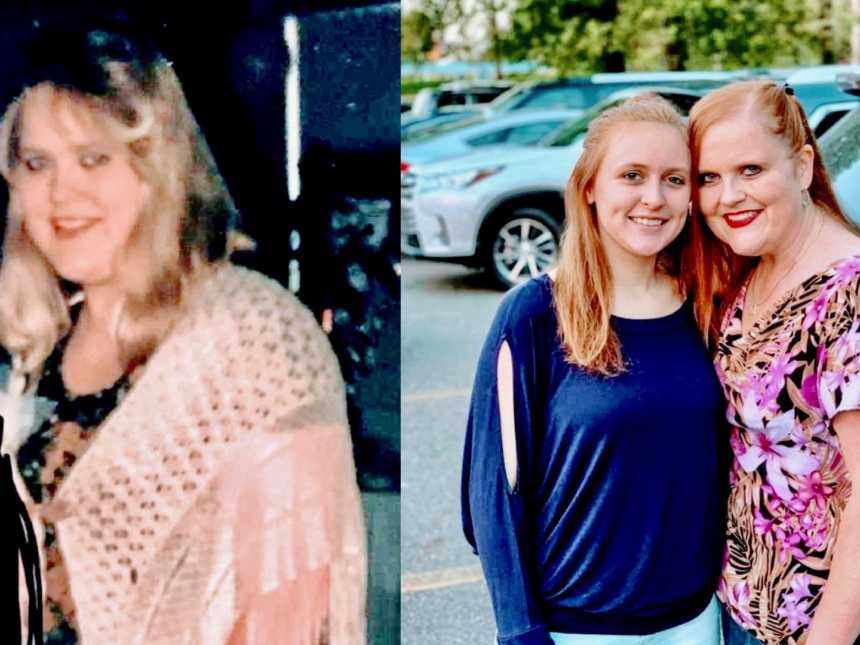 ‘Come get her. I don’t want her. I can’t afford her,’ but she always took her back. Years went by. Then I got a phone call.’: Woman reunites with the ‘daughter’ she was meant to adopt

“I got on the bus. A pregnant woman was struggling with trash bags and 2 toddlers. After talking with me for 20 hours, she was open to me adopting her child. I was over the moon!” 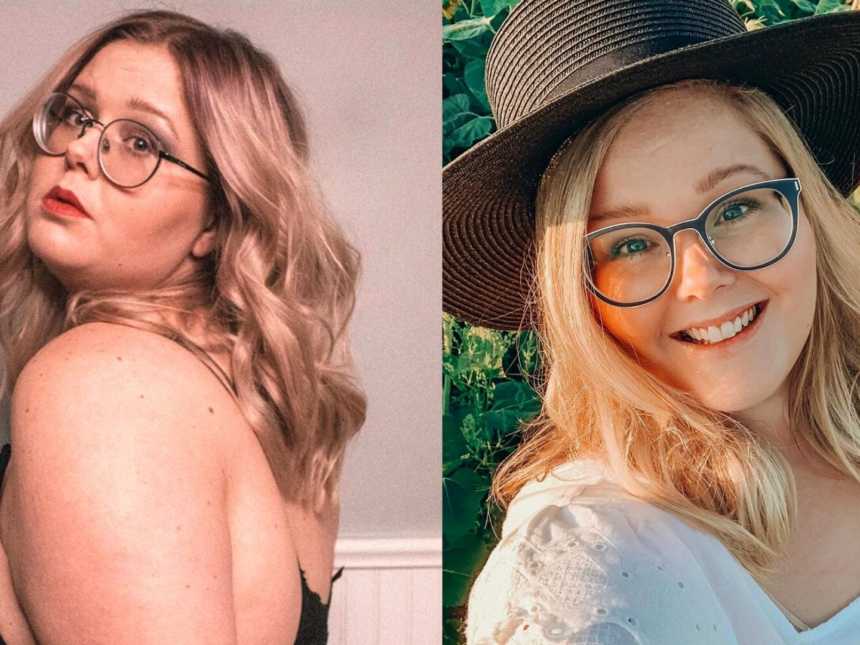 ‘You look amazing. You’ve definitely lost weight.’ If he didn’t text me back, I’d assume the worst. I was extremely controlling.’: Woman suffers from eating disorder, mental illness, loss of grandfather taught her ‘to get the help I needed’

“I said to him, ‘Pup, it’s ok if you can’t make it to the wedding.’ I’d think, ‘I’ll never have a photo of me and Pup in my wedding dress. I’ll never have the opportunity to eat my wedding dinner with him. He’ll never meet my children.’ I hit the lowest low I ever had. Before my husband and I walked down the aisle, I couldn’t help but feel like Pup was there. I said to my now husband, ‘He’s here. I can feel it.’ My husband grabbed my hand. ‘I know.’”