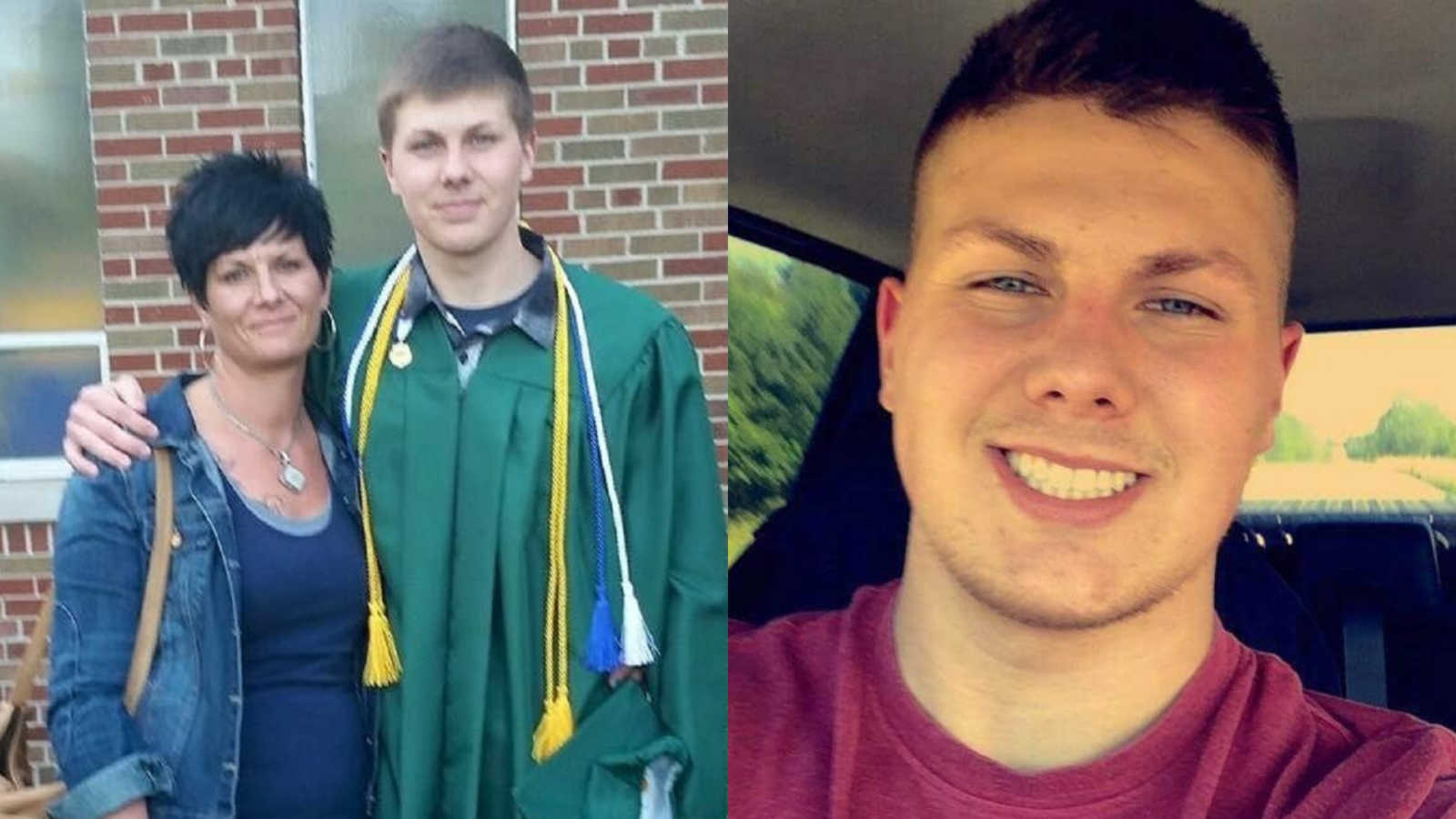 “It was a warm, summer morning on August 24, 2018, around 6:45 a.m. I lay asleep in my bed when my phone rang. I picked it up, foggy from being sound asleep. ‘Hello?,’ I said in a sleepy voice. On the other end was my ex-husband, sobbing and franticly yelling into the phone… ‘Get here, get here now! It’s bad, it’s real bad.’ I jumped out of bed, hung up the phone and yelled to my fiancé, ‘We have to go now! Something bad has happened.’ There were so many things running through my mind. I was sick to my stomach as I thought the worst. I thought something bad had happened to my daughter.

As we sped down the road trying to get to my ex-husband’s house, I dialed his number as I sat there shaking and waiting for him to pick up the phone. He answered, and I said with a scared voice, ‘What is going on?!’ ‘It’s Josh, he’s dead, he’s dead, he shot himself!’ My body went numb and I could not believe what I was hearing. I screamed out, ‘No, no, no, not my son!’

How could this be? I just talked to Joshua the night before around 8:30 p.m. When I called him he was at the football game. He was laughing on the phone and acted like his happy-go-lucky self. We had made plans to get together that weekend.

My fiancé hardly had the car in park as I jumped out and ran down the driveway toward my son. Before I could get to Josh, I had two police officers hold me back so that I could not get to my son. I cried out, ‘My baby, my baby, I want my baby!’ At that moment, I knew my worst nightmare had come true. My precious son was gone in a blink of an eye.

I looked over to see my daughter standing in despair, so I ran to her and put my arms around her. We just stood there and wept. I was determined I was going to see go see my child so finally they let me go over to where Josh was. As I walked up to my beloved son, he laid on the ground lifeless. I knelt down beside him and burst into tears as I rubbed his arm saying, ‘I am so sorry son, I love you so much Joshua.’

The tears would not stop and the pain was unimaginable. It was so horrible to see my son lying on the ground in the driveway by his truck in a puddle of his own blood and a single gunshot wound to the side of his head. This will be a sight that will haunt me and my family forever. We all stood there as they loaded Joshua into a van. All we could do is stand helpless, lost, in shock and shattered as they took my son away. Our lives completely changed forever.

I asked myself over and over, ‘How could this have happened? How in the world did I miss this? How did I not know or see any signs?’ None of this made sense. Joshua never acted differently while we were together. Most of the time, I saw him weekly. He was busy with work and I didn’t want to be a pushy mom, so I settled with our weekly visits. When I would see Josh we always laughed and joked around and always had a good time together. Not once did he make me feel that anything was wrong, and that, for me, didn’t make sense. We were so much alike I could always pick up when something was bothering him. Sometimes he could be a little moody, but I just figured it was normal, dealing with day to day stresses at that age.

Joshua was very much into his physique. He always worked out and was into watching his diet. He wanted a muscular form and worked very hard to obtain that. I talked to Josh one day about all the time he spent working out. I was worried he was focusing too much on building muscle and not enough time enjoying all the things a 21-year-old should be doing in life. But not for a second did I feel it would ever lead to this.

After Joshua’s funeral and we said goodbye to my precious son, I started going through Joshua’s things. Something about all of this was not adding up for me and I had hopes of maybe finding a note or something, anything, that may explain why Joshua would have made such a harsh decision to end his life.

One afternoon as I was going through my son’s truck, I came across several empty bottles of a supplement called Kratom laying on the floor. I also found numerous empty gel caps laying all over the floor. That was when I started doing my research on this natural supplement. The more I read up on it, the more I found how very dangerous this supplement is. I then went through Joshua’s bank account and was able to track his Kratom purchases back to the summer of 2017. I began to ask questions and found out that Josh had been having some behavior differences that would point to the use of Kratom.

Kratom is sold in the United States as a dietary supplement. It is not regulated and is very addictive. Joshua was taking Kratom as a stimulant to work out, to help with energy and muscle pain while working out, and to gain muscle. Kratom is making many people sick with 44 confirmed deaths according to the FDA. Much like energy drinks and pre-workouts, which Kratom is being used as, the adverse effects and reported deaths are no doubt under-reported. People have died from heart attacks, overdosing and have also taken their lives while on Kratom.

Kratom is being advertised for energy, pain relief, mind cognizance, mood enhancer, alternative to opioids and treatment for opioid withdrawal, etc. What they are not telling people are about all the dangerous side effects that come with Kratom use such as liver damage, seizures, insomnia, psychosis, heart attack, hallucinations, stoke, suicidal thoughts, brain swelling, aggression, delusions, thyroid problems, hemorrhagic pulmonary edema and death. It’s already illegal in some places. A few states and cities have banned Kratom. According to the Pew Research Center, Kratom is illegal in Alabama, Arkansas, Indiana, Tennessee, Vermont, Wisconsin and the District of Columbia. Denver, San Diego and Sarasota, Florida, have banned it, too.

My son Joshua was such a happy, sound-minded person. He just got caught up in wanting to look his best and unfortunately came across Kratom thinking it would help him meet his goals. If it’s not FDA approved, don’t take it. Don’t risk your health. It’s not worth it.

[If you’re thinking about hurting yourself, please call the National Suicide Prevention Lifeline at 1-800-273-8255 or visit suicidepreventionhotline.org to live chat with someone. Help is out there. You are not alone.]

This story was submitted to Love What Matters by Heidy Haskin. Do you have a similar experience? We’d like to hear your important journey. Submit your own story here, and subscribe to our best stories in our free newsletter here.

‘I woke up to hear him gasping. I thought, ‘Is this actually happening?’ As I watched my husband turn blue to gray, I cried to PLEASE not take him! I begged him not to leave me and the boys.’

‘My daughter’s friend ran down the stairs. ‘What do you mean something is wrong with her?’ He said, ‘She just leaned over and exhaled really loudly.’

To read more stories about others who have died and suffered adverse effects, visit this Facebook group. 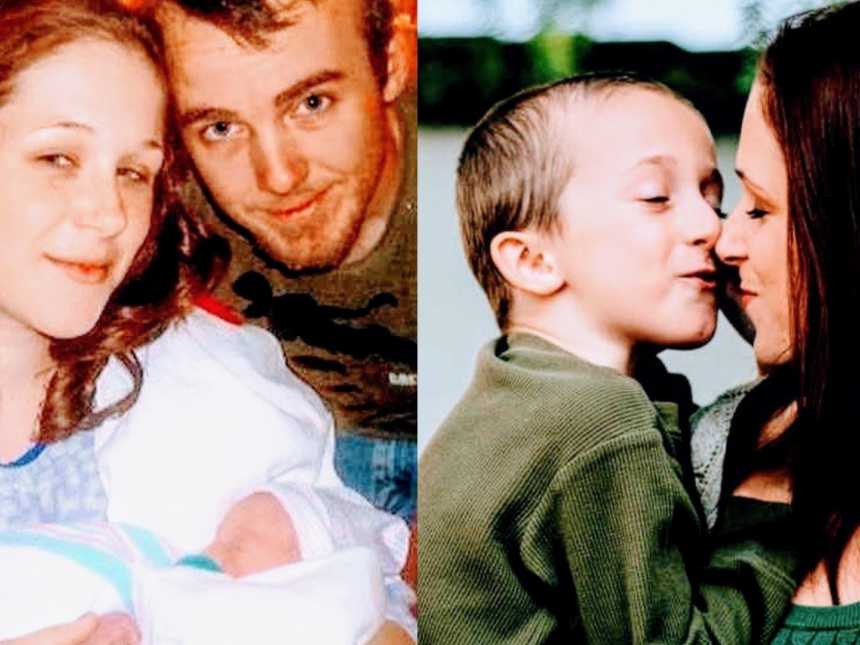 ‘Babies having babies.’ That’s what my doctor said in the delivery room. I felt every range of emotion.’: Teen mom decides to prove doctor ‘wrong’ by being the best mom possible

‘I stood beside her while she birthed my son. It’s not lost on us she broke her own heart to complete ours.’: Family adopts child from biological mother they met that day

“‘You can touch him if you want.’ I could not believe the strength she had. Not only the strength to push out an almost 10-pound baby, but the strength to watch as that baby was placed into my arms, wheeled out of her room, and into the room where my husband waited. We are holding the child she delivered and calling him our son.”