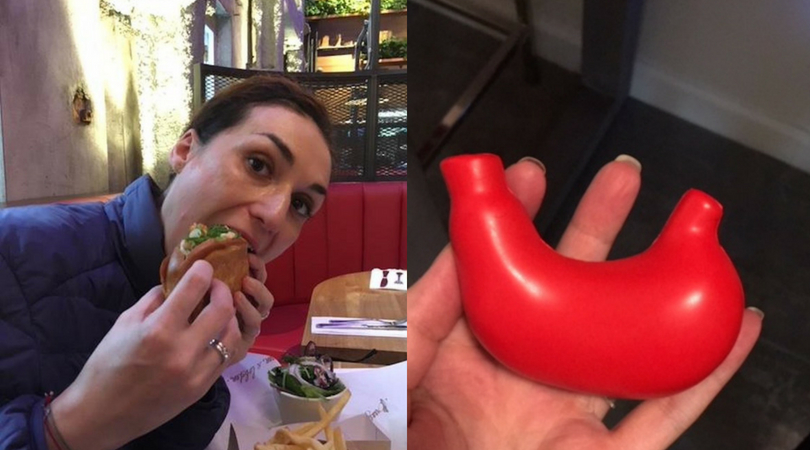 “I’m going to remove my breasts,” said my sister matter-of-factly one day. The truth is we had been scared of breast cancer ever since my mother and my aunt had been diagnosed just a few years apart. We had a feeling eventually we would have the same fate. The problem was, how would I go to the doctor and ask for a double mastectomy at 34?

My sister went ahead and got rid of hers and had a reconstruction.

When it was time for my yearly check-up in 2016, I pressed on the genetic testing option and after going over my family history once again, they agreed that a test was a wise thing to do. I figured, if it shows something, then I could justify the surgery and insurance would cover it. Easy-peasy. Right?

Some weeks passed. It was still summer in New York City and I was living a good life. I had a 14-month old and a loving husband. I had just had a mammogram, and everything looked perfect. Another year with a clean bill of health. Then I got a call from my PCP. It was 7pm on a Friday night and I thought it was a bit odd.

‘Oh, hi’ I said, as I scooped some cottage cheese into my toddler’s mouth.

‘I have your genetic test results’ he began. ‘The good thing is that you were negative for the breast cancer genes BRCA1 and BRCA2. The bad news is that you do have a genetic mutation called CDH1. It causes stomach cancer and breast cancer.’

My head started to spin. Surely this was a cancer that would develop in my elder years, there would be surveillance, etc.

‘Ok. Well, could you send me the report?’

‘Yes, I will do that—he said—and Jessica, you can live without a stomach.’

His words pierced me like a stingray. I don’t know exactly what I did next, but I did open a bottle of wine and read the dreaded report. 79% chance of developing stomach cancer.

I thought that life as I knew was most likely over. I was preparing for a future filled with trials and tribulations.

What happened during the following weeks can only be described as extreme anxiety, compulsive googling and long crying sessions. After getting an appointment at Memorial Sloan Kettering with the Genetics team and retesting for the mutation, just to be 100% sure, I was told I had a high-risk of developing a very deadly, almost undetectable form of stomach cancer called HDGC (Hereditary Diffused Gastric Cancer). The average age of onset was 37. I was 34.

I had an endoscopy done with more than 50 biopsies, but I was told that even if they didn’t find anything, that didn’t mean I didn’t have cancer, since it spreads like a Swiss cheese in the middle layers of the stomach and it’s like trying to find a needle in a haystack. Two days later, my GI called with the news nobody wants to hear: We found cancer.

I’m not going to say I wasn’t shocked, but I was somewhat relieved. The thought of removing such a major organ, my healthy stomach, sent shivers down my spine. Now I had a reason to go ahead and do it. I didn’t have to pull the trigger on my own gut.

Still, I was a mental mess. I basically could not function. My only consolation was that it was most likely caught early, and the surgery would cure me. Just like that. When I met with my surgeon, she assured me I could live a close-to-normal life. She made me feel at ease. I met another patient of hers, with the same mutation, on the way out and she looked healthy and happy. I was hopeful.

The day of the surgery came. My sister and dad flew from California and Illinois to be with me and friends and family would rally over the next days, weeks and months to help out. They gathered funds for us, they helped take care of our son, they called, made jokes, sent flowers and cards and gifts, they visited, they made us feel less alone. But the person who kept me sane through it all was my husband. He saw every single hurdle, tantrum, meltdown, setback and milestone and cheered for me along the way.

After the removal, I was cured and didn’t need further treatment, which made me feel super lucky. I would like to say that it was an easy road, but it wasn’t. My surgeon connected my esophagus to my small intestine creating a tiny pouch to mimic a stomach, minus its functions, to store more food. That connection got so narrow after the first few weeks, it was like trying to pass food through a coffee straw. It wasn’t going down, it kept coming up. And so, I went back to the hospital 4 times, with stays as long as two weeks, to dilate the passage and help me eat. I was so frustrated by this mechanical issue because it seemed that I could eat anything, as long as it stayed down. Weeks and weeks passed, and the dilations were not working. I became extremely weak and had lost 30 pounds in two months. Every method to keep the passage open was for naught. They tried putting a stent in, which felt like a lion ripping me from the inside, and I was in such pain and nausea/vomiting 24/7 I begged for them to remove it. I was on TPN (Total Parenteral Nutrition), which is essentially a cocktail of nutrients through the vein, before they placed a feeding tube that would pump formula into my intestine. While this wasn’t ideal, I regained some of my strength and could feel less pressure about getting my nutrition orally.

While all this was happening, my 3 siblings got tested and they all tested negative for the gene, which made me SO HAPPY. However, I felt alone in this journey. As the weeks went by, I became extremely depressed. I thought I had my emotions under control but, at some point, it became too overwhelming, too much, too soon and I started to see a therapist and take antidepressants, which helped immensely.

I also missed 6 months of work, when the idea was to go back after 6 weeks. I continued to stretch my connection site, but it would shrink back after just days, to not only my frustration but the frustration of my doctors. This wasn’t the expected outcome. After 9 months of going back to the hospital to get these procedures, we decided to re-do the surgery and remove the scar tissue. I was back in the OR, dreading the outcome. Fortunately, it worked! I did need a few dilations after that but, unlike before, the connection stayed open!

So, what is it like to live without a stomach, you may ask? Well, it sucks. But it gets better, much better. You lose your sense of hunger, completely. Hunger is almost a mental thing, something you do automatically and constantly. Portions become smaller because I get full faster. Other side effects include vitamin deficiencies (you absorb vitamin B12 through your stomach, so you either have to get shots or get a sublingual version), your energy levels plummet, you lose a lot of weight, you can get sugar crashes if you eat too much carbs and not enough protein in one sitting, you get food intolerances (and I was lucky in this department since the only thing I don’t eat anymore is milk with cereal). But things have gotten much better, even to the point where I feel almost normal. This October will mark 2 years since my surgery and I am grateful for every day because I am so, so lucky.

A few things this experience taught me:

As for the breast cancer, I still haven’t dodged that bullet. I plan on having a prophylactic double mastectomy in 2019 to be able to nip this genetic mutation in the bud.

My son has a 50% chance of having this mutation. I strive to be as strong as I can every day, so he can see it is possible to live and thrive without a stomach.”

This story was submitted to Love What Matters by Jessica Solt, 36, of New York. You can follow her on Instagram here. Submit your story here, and subscribe to our best love stories here. 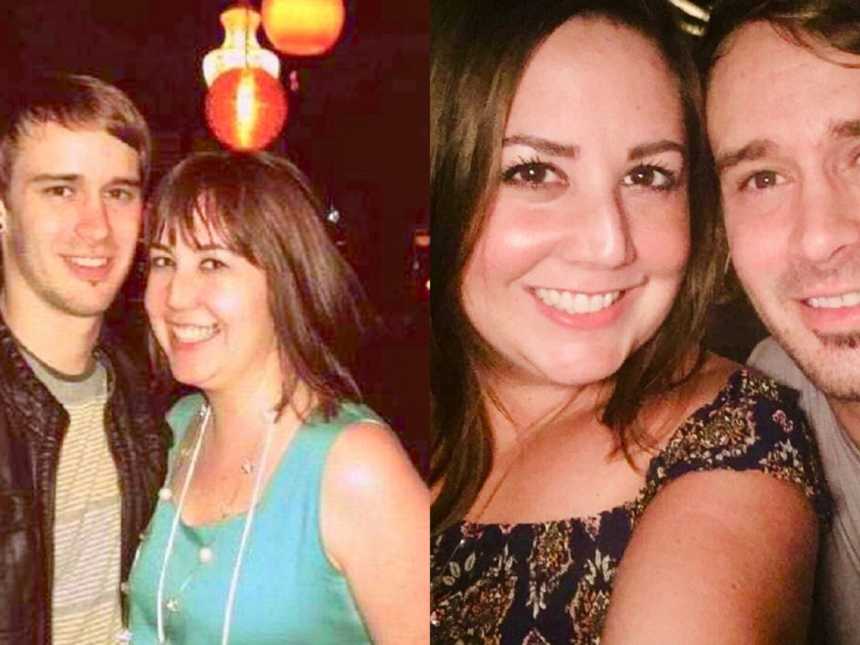 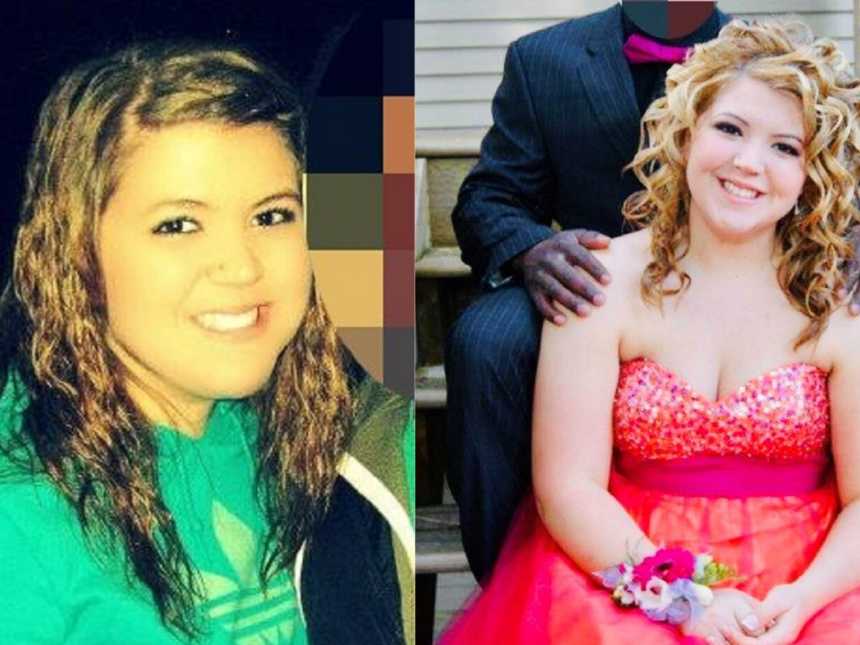