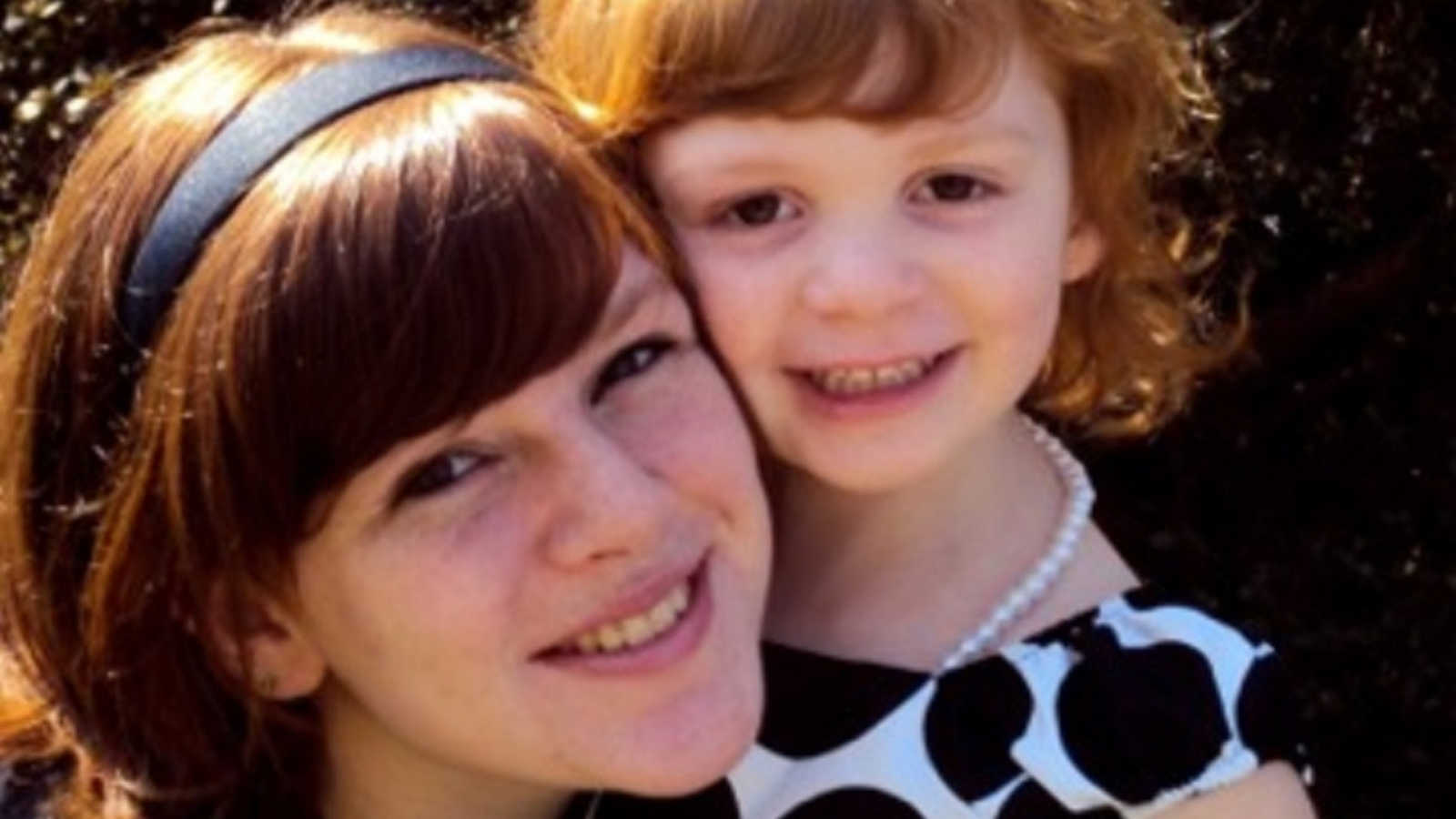 “Let me preface this by saying I’ve been a weepy, nostalgic mess for the past month or so. My 45th birthday just passed and the reality of my own age throws into sharp relief the ages of my children. This is a gratuitous ramble about a mama’s heart. I can’t apologize, but I can warn you here.

At least twice over a recent weekend, I caught a glimpse of my 12-year-old daughter and wondered who that woman was. Seriously, I didn’t recognize her at first. She looked so mature. Certainly, she didn’t look like my little girl anymore. The flash of a smile gleaming with braces reassured me that it really was her.

She stands less than an inch shorter than me, and I’m taller than the average woman at 5’7″. She wears a size 11 shoe. These days, her clothes are a women’s medium. Indeed, she’s a young woman in stature. I’m sure she’ll be taller than me by her 13th birthday in February. How did this happen?

Seventh grade is her sandwich year of middle school. Last year she was new to it. Next year she’ll be on the precipice of high school. I like this sandwich year. She’s a pro at middle school but not ready to leave it just yet. It’s like a little respite from the reality that she’s hurtling towards full-blown teenage life.

This young woman-child has been the driving force behind fundraising for her second missions trip to Antigua next year. She organized a snack sale, made the posters, and hauled in hundreds of dollars for her cause. Her desire to return and serve others has fueled a plan to make it happen. She’s organizing fundraisers, but I feel like I taught her to loop her shoelaces around to tie them only yesterday.

Sometimes I think about the fact that I only have her for 6 more years as a child. In that short span, she will mature even further and get good at lots of new things. She’ll fail and hopefully, learn from it. She’ll develop her own ideas and ways of seeing the world. Her tender heart and love for other people continue to blossom as she grows.

Then there’s my 7-year-old son. He’s growing taller also, and his face is thinning to a face that isn’t my baby’s anymore. The fat baby in the Tigger costume has vanished. He’s losing teeth and racking up cash for them. In fact, when he lost a tooth last week, he admitted: ‘I’ve been looking to get my hands on some cash.’ Who says that at 7 years old? This is because he wants a Nintendo Switch. He forcibly yanked his tooth out because…cash.

He reads, a lot. It’s never any trouble to get him to do his homework. Most days, he reads an hour or more on his own after he gets home from school. Plus, there are the deep, philosophical questions and statements as of late. These include things like, ‘Why are dolphins mammals but need to live in the water?’ and ‘I think God wants me to be a comedian so I can share jokes with people who don’t have any.’

Watching my children grow reminds me that life flows on and we are powerless to stop it. I used to tell them that they had to freeze and couldn’t get any older. They would laugh like crazy at this command. Then they’d openly defy it daily, outgrowing their clothes and getting too big to carry to bed.

In a blur of nostalgia and disbelief, I watched my oldest daughter pledge her heart and life in marriage last month. On an overcast day on my sister’s farm, I waved a final goodbye to my firstborn baby’s childhood. The feisty, red-haired girl in the pansy-print dress and pigtails had magically transformed into a beautiful woman in a bridal gown. It seems I’d just taken her to her first day of kindergarten not long before this.

How did I miss it? When did she grow up?

With the first child, I wasn’t aware of how to slow down and treasure each moment. I was rushing through life, trying to navigate my own adulthood. Somehow the years slipped by without my permission. Her childhood was documented by photos that reside in cellophane-paged albums and boxes of film negatives. Now and then I come across these photos and tears come as I remember it all.

The younger two are babies of the digital age. I take so many pictures of them doing any and everything because I now know that time is a thief and steals our babies away. It turns them into adults who graduate from college and get married. It turns them into 7th-graders who look like women. It turns them into funny, tooth-yanking boys who used to be toothless babies.

Immortalizing them in imperfect, everyday moments is my way of selfishly hoarding these memories. I make no apology for it to them or to those who must endure my social media feeds. I need to remember. I need proof that I once had babies.

Another October has blown past with brisk wind and falling leaves, and I marvel at how I too grew up. The awkward girl with the Dorothy Hamill haircut has metamorphosized into a 40-something mother of three. The rebellious teenager has become a praying mother, asking for blessing and protection over her three red-haired children.

I’m certain my own mother asks ‘Who is that woman?’ about me sometimes. Her little one in the 1970’s Garanimals has become middle-aged.

Every mama’s heart is burdened with the weight of her children’s fleeting childhoods. But the beauty is that we are still Mama. They may be too big to carry, or are living with their spouses, but we are still Mama. Let us savor these moments, lest we forget their sweetness once they’ve flown.”

This story was submitted to Love What Matters by Tracy Cooper of Earl Grey and Yellow in New Jersey. You can follow her on her Facebook page. Submit your own story here, and subscribe to our best stories in our free newsletter here.

‘I was 18 when I had my first child. Now, I’m Mother of the Bride. I am not wearing shapewear. My love for eating and my disdain for Spandex imprisonment rail against it.’

‘I found out I was pregnant at only 17 years old. The news rocked my parents’ world. I was smart in school and dumb in love. I always knew I’d have the baby.’

Provide beauty and strength for other young mothers. SHARE this story on Facebook with your friends and family. 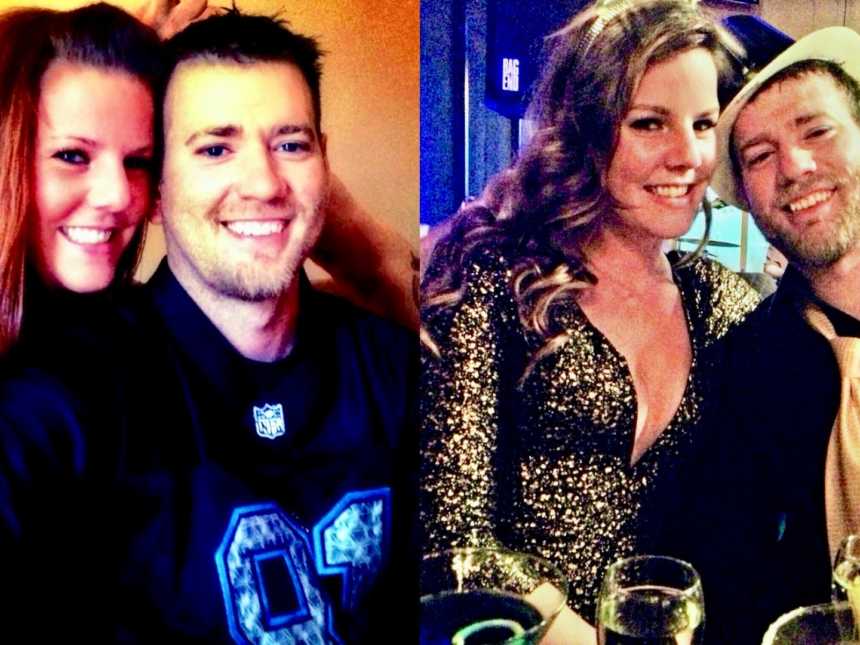 ‘My kids were unplanned and accidental. I never wanted to be a mom. I don’t enjoy playing with my kids. I don’t like being touched or needed.’: Mom recalls struggles of motherhood before finding ‘beautiful love’ in children

“Every single day, I feel resentment, sadness, frustration. I reminisce about my lost freedom. The days I would wake up with energy, pull out my to-do list, and get everything done. The days when I could hop in the car and run a quick errand, take a nap, or shower whenever I wanted. The days I could set BIG goals and actually attain them.”