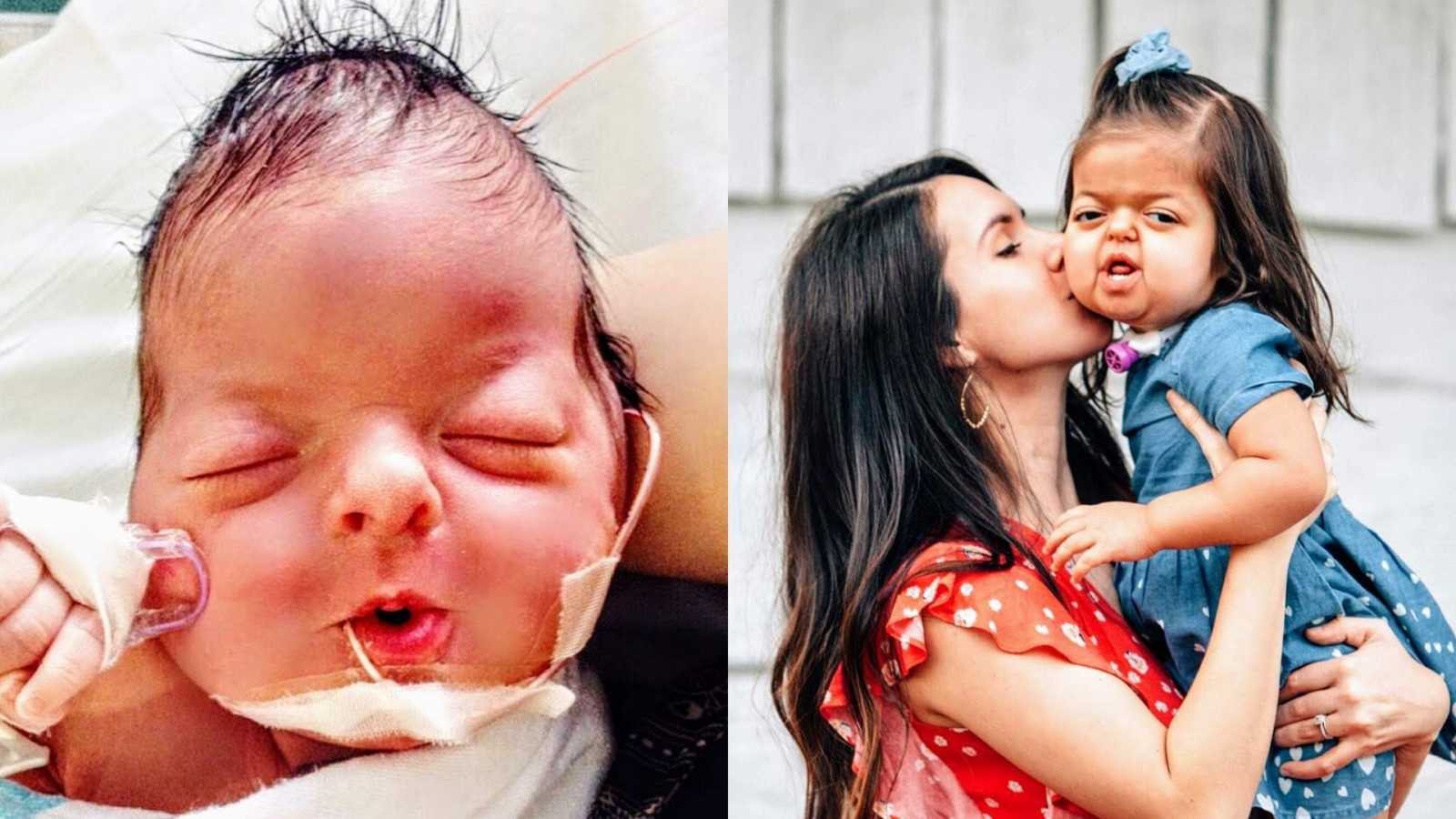 “When I learned I would be a mother for the third time, I was overjoyed. Overwhelmed by the fact I had just had a baby 6 months prior, but still, overjoyed. There had been complications during the first trimester due to my ruptured appendix, so I began to feel a sense of uneasiness as the months wore on. I felt that red flags were popping up regarding my pregnancy and I was having a hard time convincing my doctors I needed additional testing. After much advocating, my midwife finally agreed to send me to see a specialist.

I was 32 weeks pregnant when I sat down with the specialist who finally affirmed my fears. After an ultrasound, he left the room for 45 minutes while I chatted with my mom who had come to the appointment just for the fun of seeing Avery in 3D, unaware as the minutes ticked by, the perinatologist sat researching and calling other specialists, having only diagnosed one other baby with this condition in his entire career.

Avery’s case would be more serious and severe than he ever could have predicted.

‘Your baby has craniosynostosis,’ he said matter-of-factly. He proceeded to show me how the images showed deep divets on either side of Avery’s head, signifying that her skull plates had fused too early. Her head circumference was in the 3%, restricted from growing properly by the defective growth plates. Based on the rest of her ultrasound photos which showed a perfectly formed body, 10 beautiful fingers and 10 beautiful toes, and fully functioning heart, the perinatologist predicted this condition would mean a single surgery after birth was the only thing standing between us and the perfectly healthy daughter that we were hoping for.

Sadly, he was so incredibly wrong. Avery’s condition was so much more complicated than any of the photos led us to believe.

I sat for a moment, absorbing the words he had just said. I didn’t cry. I didn’t panic. The adrenaline made me very calm and clear headed. I asked if she was brain dead (no), if I needed to be induced early (no) or if she should be delivered via C-section (no). I asked for the spelling of ‘craniosynostosis’ so I could research the condition when I went home. We scheduled another ultrasound for the next week for a second opinion at his suggestion and left.

My pregnancy progressed in much confusion. We knew Avery’s diagnosis was slightly more complicated than simple craniosynostosis, but without being able to physically hold the baby to examine her, the doctors could tell us very little about what to expect. And since they had no idea what they were dealing with, my prenatal care was very much a shot in the dark. I had twice weekly NST’s (or non-stress tests) to monitor her heart rate and weekly ultrasounds so check her growth. None of this was by any code or ‘standard of care,’ but really just the doctors being as careful as they knew to be with such unknowns.

We struggled with where I should deliver, when, how, etc. The general consensus was that it was safe for me to deliver at our local hospital (a decision that would ultimately save both mine and Avery’s lives) and we would wait to see how the labor process began.

Avery’s labor and delivery felt like war. It was not my first epidural-free experience, but certainly my hardest. Those 2 and a half hours were wrought with so much pain and fear I couldn’t escape. While we knew a little about Avery’s condition prenatally, no one had thought to warn me that prematurely-fused skull plates (the characterizing feature of craniofacial syndromes) would not compress in the birth canal like the average baby. I pushed for 4 eternal minutes and not a moment too soon, because, unknown to all of us, my placenta had torn away from my uterus and was coming out in shreds.

Once born, Avery cried out one time and then fell silent and blue. Her nasal passages were too narrow and blocked by bone, so she was forced to breathe through her mouth and raggedly so, a concept that babies are not expected to grasp for several months, during the phase known as ‘obligate nose-breathing.’

She couldn’t nurse, which had been my greatest fear. Breastfeeding was my identity as a mother, so I began pumping every 2 hours, around the clock, in hopes that one day we have things sorted out and she would be able to attach. I was able to breastfeed her twice before she had a feeding tube placed in her abdominal wall and a tracheostomy that acted as her airway, but never again as her brain abnormalities made a coordinated suck almost impossible. She never learned to take a bottle or even so much as suck on a pacifier, but through dedicated pumping, her diet consisted exclusively of my breastmilk (which she was fed through her tube) for almost fifteen months.

For the first six months of her life, during which she had as many surgeries, she and I lived in the children’s hospital, far from home. I slept on an ICU recliner more than I slept in a real bed, almost never my own. Often Avery would be given a clean bill of health and released, only to return to the closest emergency department 72 hours later as she became critical with yet another unforeseen complication. She would undergo four emergent brain and skull surgeries before the age of one (not including the scheduled, planned-for skull reconstructions that she needed every few months). In her short, little life, she has developed life-threatening sepsis, the origin of which is still unknown to us, slipped into a coma, suffered from seizures as a result of critical amounts of pressure on her brain and learned to adapt to life with a g-tube, trach and ventilator (only at night).

Avery was born with a rare form of syndromic craniosynostosis. There are 200+ known cranio syndromes with corresponding gene mutations, but Avery’s syndrome has yet to be discovered. After 3 rounds of genetic testing, we have still never found the mutation responsible for her features. As with most craniosynostosis syndromes, Avery has various internal abnormalities in tandem with her unusual facial features. In addition to several fused skull plates, choanal stenosis (small nasal passages that make breathing through the nose impossible), and a sizable chiari malformation (herniation of the cerebellar tonsils through the opening at the base of her skull— or in Avery’s case, herniation of the cerebellar tonsils, a portion of her cerebellum and part of the 4th ventricle), Avery also has a slight heart defect and kidney abnormalities.

My baby girl has suffered so much in her nearly 4 years of life, but she has overcome so much as well. Her medical journey is far from over, with a few major surgeries still on the horizon, but we feel confident that by adulthood she will have a few amazing scars about which to brag and even better stories to tell.

Avery is physically developmentally delayed and still does not walk, but makes a little progress towards that goal every day. Underneath her extraordinary features and unusual medical apparatuses (she still possesses a trached airway, g-tube and VP shunt), Avery is just like any other little girl, who plays with her brothers and sister and constantly reminds me that she wants LOL Dolls for her birthday this year. She speaks well, eats food by mouth and knows every word to the Moana soundtrack.

Our social media presence is mainly to show the normalcy of having special needs or raising a special needs child. My prayer is that anyone who comes across Avery’s picture will be struck by the light and joy in her eyes and see her for the perfectly, imperfect human she is, the type of human we all are. Our exteriors are clumps of protein, cells knit together, luck of the DNA draw. Our exteriors never change the world, only the power of the contents within.”

This story was submitted to Love What Matters by Meg Apperson of North Carolina. You can follow their journey on Instagram and her blog. Do you have a similar experience? We’d like to hear your important journey. Submit your own story here, and subscribe to our best stories in our free newsletter here.

‘I asked my husband if he had it. He said, ‘Yes.’ One nurse even said, ‘I think he has what mommy has!’ He had white chunks of skin around his fingers and toes, and was bright red.’

‘Don’t worry, when he’s here you can wrap him in a blanket and nobody will ever know he’s different.’ That’s all it took for the tears to start. This was all too much.’ 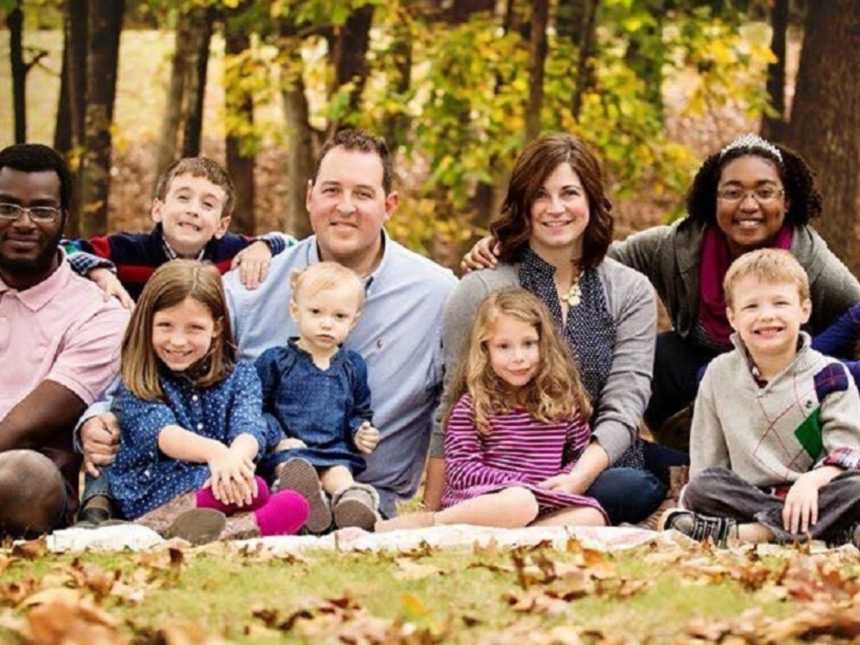