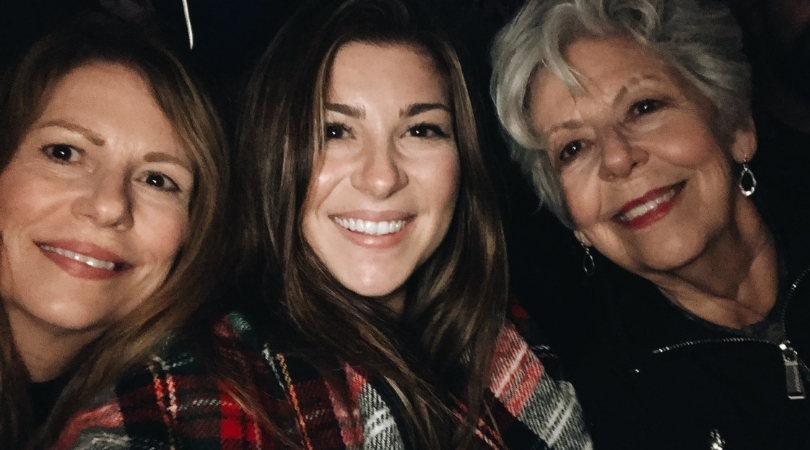 “On Saturday night my mom, Grandma and I went to see Chris Stapleton. After the encore, we filed into the stream of people leaving the event. It was crowded, but not packed.

I felt something hit me from behind, specifically hitting the right side of my butt. I turned around, a group of guys were walking behind me. They snickered. I thought, ‘It was probably an accident. People bump into each other all the time at concerts.’ I thought I heard someone say, ‘Do it again.’ But I dismissed it, thinking I probably misheard.

Less than a minute later, I felt someone slowly run their fingers over my right butt cheek from the bottom and squeeze. I was wearing a long, velvet skirt – I could feel it all – and the heat of his hand.

I whipped around, I pushed him backward and I screamed ‘Don’t you ever f***ing touch a woman like that. That man just grabbed my ass!’ He gave me a dopey face and put his hands up in the air, as if pleading innocence. Two security personal who happened to be standing by grabbed him and motioned for me to follow. I was hot with anger.

As we walked toward security, his friend ran up to match my pace. He said:
‘Come on, it’s a compliment. How can you blame him? It’s not his fault you have a nice ass.’

When I wasn’t having that, he said:
‘It’s not a big deal, this stuff happens all the time. You’re overreacting.’

We walked together into the security office and immediately the conversation switched to:
‘My friend would never to do that. He/I didn’t touch her. And a familiar chorus of ‘she’s a liar.’’

The police came and wrote my account of what happened. They asked me if I’d like to press charges. I never even considered I could. Stunned, I said I didn’t know. They told me that I’d have to stay for a lot longer while they did the paper work, that I’d have to show at not one, but probably multiple court dates. They said it would be hard to prove.

My anger faltered, and a small voice emerged in my head, ‘Is it really that big of a deal? He just grabbed my butt. Stuff like this does happen all the time. I don’t want to hold these people up. I don’t want to have to make my mom and Grandma wait.’

I told them I would think about it, they went to sit down at the man’s table across the room and interview him and his friend. It was their word against mine.

I sat down at the table that my Mom, Grandma and Kevin, the head of security, were sitting at. He looked at me and said immediately, ‘You need to press charges, he shouldn’t get away with it. I have a daughter.’ My mom and Grandma obviously agreed, and that small voice faded as livid anger took the driver’s seat once again.

Why WASN’T it a big deal that man felt entitled to not only touch my butt once, but confidently and invasively grab it for a second time?

Why was I expected to take it as a compliment?

Why was my first reaction anger, quickly followed by self-doubt?

Why was it ‘just an ass grab’?

On the way to the concert, my Grandma, Mom and I had reflected on our new Supreme Court Justice. It was hard for all of us – all having had experiences with men that made the process emotional to watch unfold. We spoke passionately of a day where men didn’t feel entitled to take advantage. We spoke passionately about change.

As we waited, I thought to myself that maybe it had to start with not dismissing the small things. To stop saying, ‘it’s just an ass grab.’ To stop dismissing what we’ve been taught as women to withstand and tolerate.

The police came back after a while and asked if I’d decided to press charges. In Cook County, there has to be penetration or contact with genitalia to be considered sexual assault, so it would be for battery. I gave my answer with the same confidence that he grabbed my ass with.

A minute later, the man was handcuffed and led outside where the police car waited. He would have to post bail, hire an attorney and see me in court.

I didn’t care if I couldn’t prove that it happened in front of a judge. I’d take it as far as it could go. In part for myself, yes, but really for all women (and men) who know this same experience far too well, and who experience far, far worse.

I’m choosing to silence the small voice that dismisses experiences like this one – that makes us feel like an inconvenience for speaking up.

I’m saying goodbye to the temptation to believe ‘it’s just an ass grab.’

You grabbed the wrong, right butt cheek, homie. I’ll see you in court.”

This story was submitted to Love What Matters by Michele Howley of Illinois. Submit your story here, and be sure to subscribe to our best love stories here. 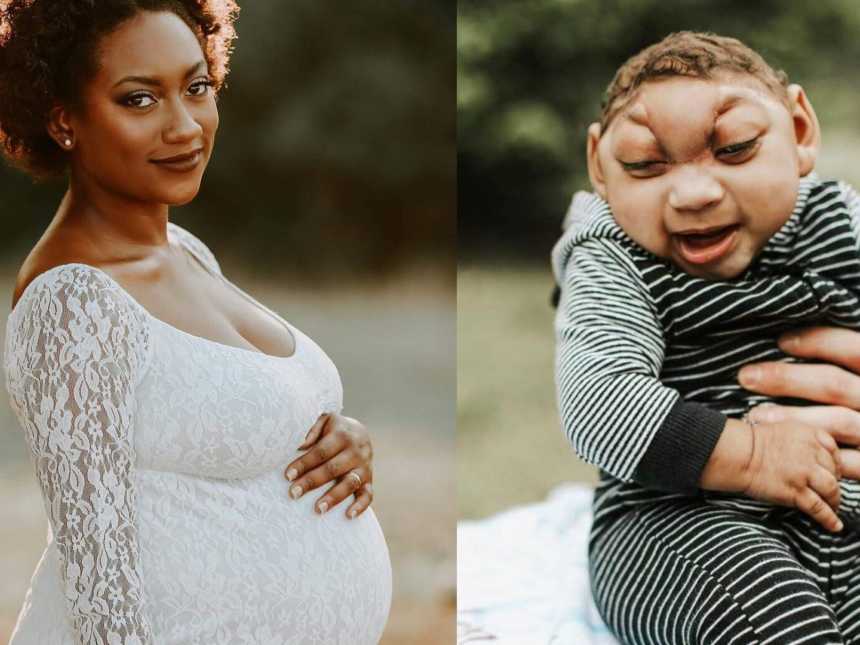 ‘I’m having a hard time finding the baby’s head,’ the doctor said. ‘Were you bit by a mosquito during pregnancy?’: Mom births miracle baby with microcephaly, ‘He brings us endless joy!’

“I went for my routine check-up with my OB. The vibe of the room felt off. My doctor asked, ‘Have you been out of the country while pregnant?’ So many questions went through my head all at once. Is my baby alive? Is he okay? How’s his head? How many fingers and toes does he have? I was already in love with him, but so scared. And then I felt it. ‘This baby isn’t going anywhere.'” 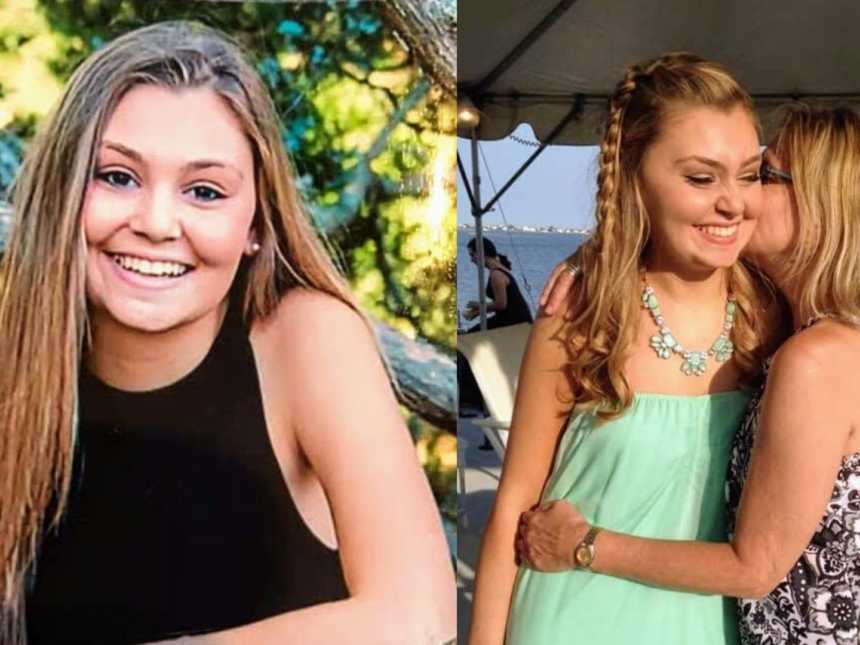 ‘I screamed, ‘I love you! Please don’t leave me!’ She had changed her tampon regularly. She started seizing and stopped breathing right in front of me.’: Mom loses daughter to Toxic Shock Syndrome, ‘My beautiful girl was a fighter’

“It was my daughter’s 19th birthday. She wasn’t feeling well, but still wanted to go out to dinner. When we got home, my baby was sick to her stomach. She was completely out of it. Something wasn’t right. I hug her saying, ‘It’s okay, the ambulance is coming.’ Then, all of the sudden, she looks at me, takes a deep breathe, and closes her eyes. I held her as she took her last breath. I didn’t want to let go. I prayed God would take me instead.” 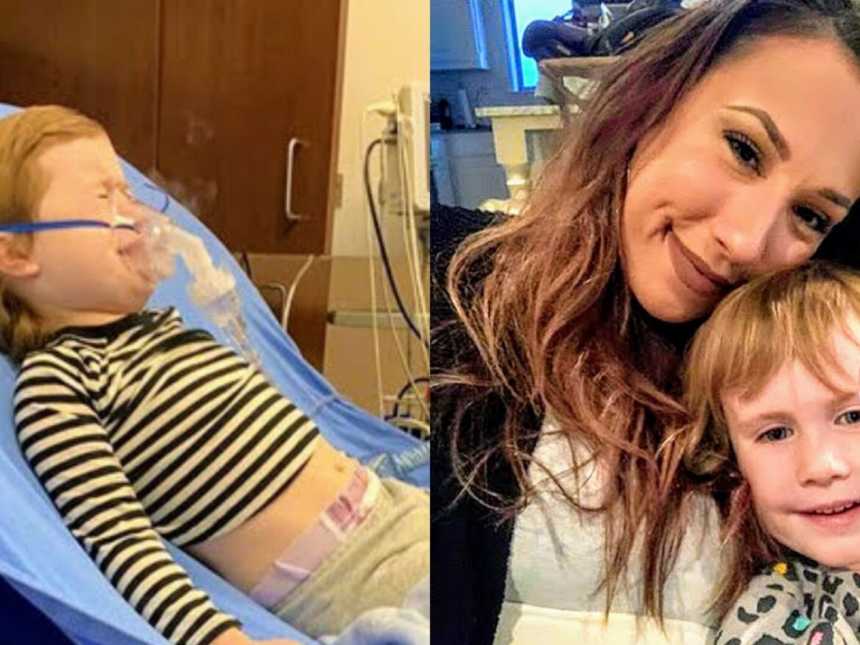 ‘She had a severe fever. I thought she’d sleep it off. The next morning, her breathing was off. I should have listened to my gut.’: Local ‘mom tribe’ step in to breastfeed newborn while mother’s daughter battles life-threatening flu

“That night, she got worse. Her eye turned pink. She sat next to the couch and cried, coughing so hard she vomited. When the ambulance arrived, I passed off my other kids to a friend, said goodbye. That’s when I lost it. I had no idea this would be 1 of 9 nights my daughter would remain in the hospital. I had to be strong for my sweet girl. My newborn was stuck at home. I posted to Facebook about it. Suddenly, text after text came flooding in.”