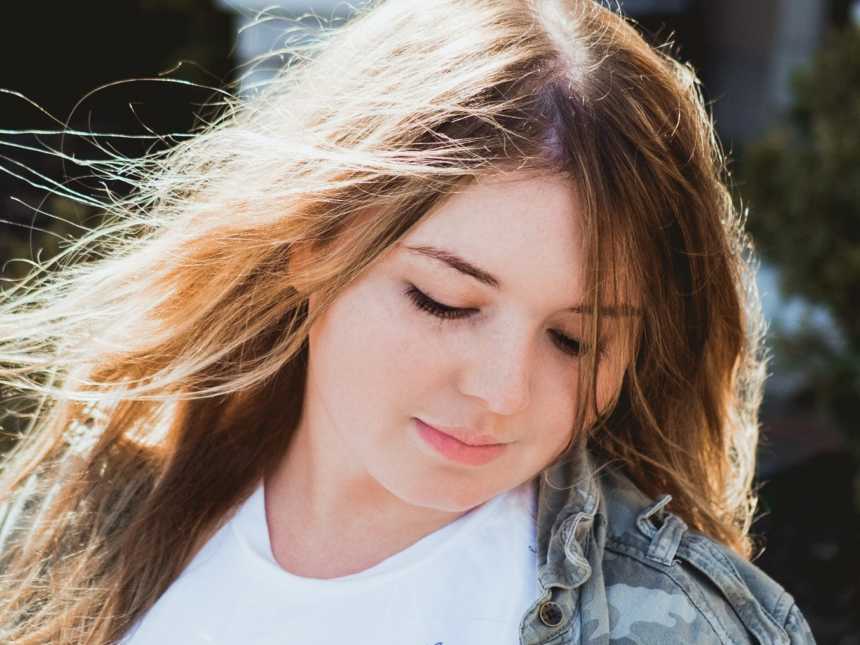 “On Monday, July 2nd, 2018, I attempted suicide. This wasn’t my first time attempting suicide, in fact, it was one of over a dozen attempts. My name’s Lauren, I’m 24 years old and I suffer from mental illness. This doesn’t make me weird, crazy or any less of a person than you. I simply have an illness, an illness I have almost lost my life to many times.

Before I found myself in an Uber on my way to a bridge to end my life, I had been struggling with mental illness for quite some time. My struggles began at the age of 15, after enduring trauma and severe bullying. The bullying, mostly online, stripped me of all self-worth and left me to believe I was worthless. Because of this, I developed depression, anxiety and began using self-harm as my coping mechanism. Soon after I began experiencing suicidal thoughts for the first time. As the years went on, my struggles with depression continued – I was existing, but I absolutely wasn’t living. By a certain point I couldn’t even tell you when the last time I felt joy or happiness was.

Things took a turn for the worst when I was 20. I was working full time and experiencing a pretty severe relapse of my depression and self-harm. It escalated quickly and I was soon hospitalized for the first time. From this point forward, my life was truly a rollercoaster. I ended up being diagnosed with Borderline Personality Disorder (BPD), a highly stigmatized mental illness with the highest suicide rate out of all other mental illnesses. The diagnosis of BPD really helped me to understand why I was feeling the way I was feeling. Following my first hospitalization, I continued to deteriorate and by the end of the year I had been hospitalized an additional six times due to severe suicidal ideation and suicide attempts.

The next year proved to be even worse, if that was at all possible – as my struggles with depression, anxiety and BPD continued. I was hospitalized several more times before a very severe suicide attempt on August 11th, 2016, that left me in the ICU for several days as I fought for my life. My experience in the ICU was not a pleasant one and the details of those few days still haunt me. I had a large NG tube placed in my nose, I had several IV’s in each arm, and I was in such extreme discomfort that I could barely move. I was told my survival was nothing short of a miracle. Following this attempt, I sought residential treatment out of state and spent three months working hard towards my recovery. After returning home, I spent my first full year in recovery and was hopeful the worst of my illness was behind me.

Unfortunately, this was not the case as I faced yet another severe relapse in January of this year. My depression was the most intense it had ever been and I knew this was going to be my hardest battle yet. I fought it to the best of my ability, but unfortunately, I did end up having to be hospitalized several times over the course of just a few months. I reached my lowest point about two months ago, in June – and until recently, I did not experience even a moment of relief. All of this led up to the events of July 2nd, 2018, when I pulled out my phone to request an Uber to a bridge 107 feet in the air.

On the morning of July 2nd, I woke up knowing I was going to end my life that day. I was tired of fighting this battle that seemed impossible to beat, I was in excruciating pain and I truly believed I did not deserve to be here. After years of struggling and being in and out of hospitals, I knew I didn’t want to fight anymore. I felt like a burden to not only my friends and family, but to the mental health system as well. I simply couldn’t bear to live even another day feeling the way I was feeling. So, I got out of bed, I got dressed in my black Nike shorts and blue Hawaii t-shirt, grabbed my bag and left my apartment with no intentions of ever returning. I then pulled out my phone to request an Uber to a bridge in my area.

It was about a 20-minute drive to this bridge that sits pretty far out from civilization, and it is 107 feet in the air. This is a bridge I have visited many times in the past to take pictures at – never did I imagine I would be returning to this bridge to end my life.

After I was dropped off, I began walking onto the bridge, passing a sign that held the suicide prevention lifeline number on it. ‘They can’t help me,’ I thought. I was hysterically crying and desperate for relief from my pain. Without much hesitation at all, I climbed over the railing and onto the small ledge of this ginormous bridge. I looked down as I prepared to end my life, once and for all. I didn’t believe there was any hope of things ever getting better for me – I believed that everyone would be better off without me. Looking back, I was just so consumed by my pain that I couldn’t think rationally.

Seconds before I planned on jumping, I noticed a man on a bicycle. He spotted me and turned his bike around within seconds – and before I could even hesitate, he grabbed me from behind and we both fell backwards onto the bridge. I remember screaming, ‘No! Let me die!’ to this stranger who had just saved my life.

This stranger, this man on a bike – physically held me down as we waited 15 minutes for the police and EMS to arrive. Prior to my arrival at the bridge, I had already taken an overdose on an over-the-counter medication, and I was slipping away. I laid on a stretcher in the ambulance as we raced against time to make it to the hospital.

Once we arrived at the hospital, my condition continued to deteriorate. I spent a few hours in the emergency room before being taken to the ICU. During those few hours in the ER, I experienced the worst physical discomfort of my life. My body was on fire, I was being packed down with ice packs and fed ice cubes, but nothing could cool me down. My heart rate was in the 150s-160s, I was hyperventilating, and I felt like I couldn’t breathe. I had to have a catheter placed due to my kidneys failing. Once I was taken to the ICU, I was told that my blood work was continuing to get worse and I would need to receive dialysis – it was my only shot at survival. Here I was, a 24-year-old with seemingly endless potential – laying in the ICU being told I needed dialysis to save my life. I laid awake in that hospital bed, underneath a large sheet as doctors in surgical gear placed a central line in my neck to deliver the dialysis straight to my heart.

Twice in one day my life was saved from what would have been a certain death. From the man on the bridge to a miraculous recovery from an overdose that should have killed me.

Today I am doing okay. I still struggle greatly with my mental illness and it’s a battle I will face for the rest of my life – but it’s a battle that I believe is worth fighting.”

This story was submitted to Love What Matters by Lauren Clements, 24, of Nashville, Tennessee. Submit your own story here, and subscribe to our best stories in our free newsletter here.

Provide hope for someone struggling. Please SHARE on Facebook to let them know a community of support is available. 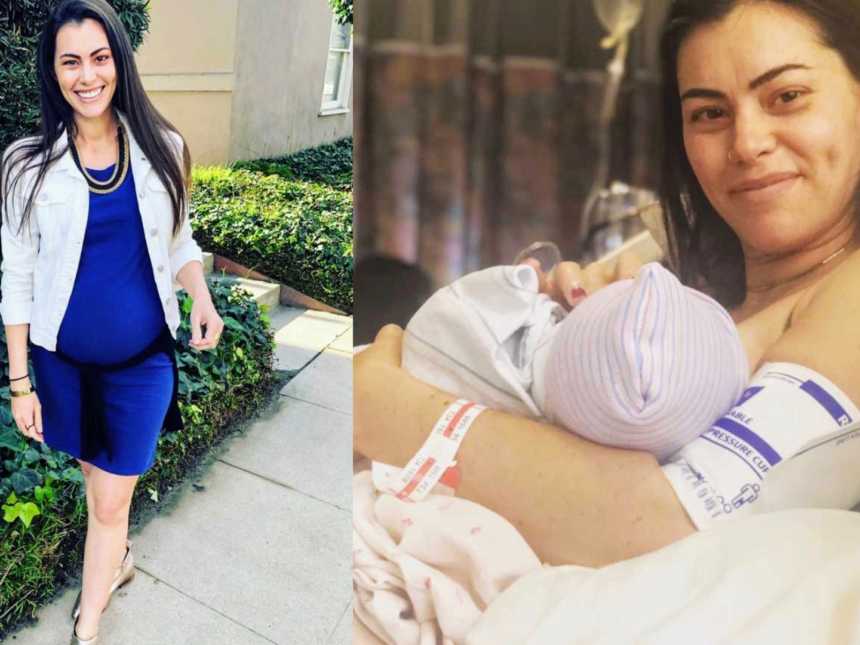 ‘I gave birth to a beautiful Chinese baby in which I share zero genes with. HE DIDN’T GET THE MEMO.’: Mom recalls ‘painful and exhilarating’ journey through surragacy

“I now had a 4-year-old, a 2-year-old, and I was newly divorced. ‘How were you able to give up the baby?’ I felt like I signed my life away. They needed to make sure I wasn’t going to go crazy.” 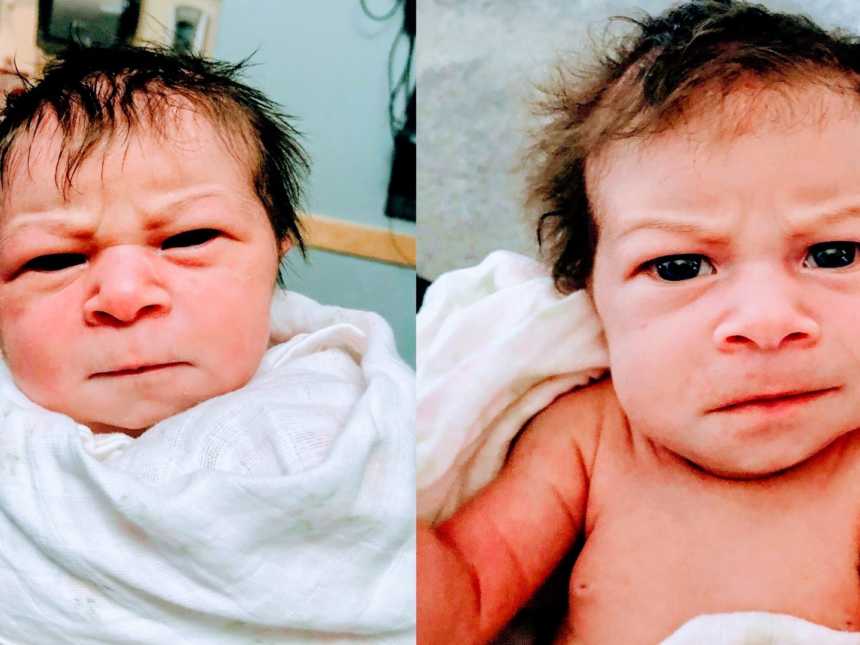 ‘She looks so mad!’ As perfect as she was, I couldn’t help but laugh. She looked so angry.’: Mom ‘so thankful’ her daughter is ‘healthy, strong’ after shocking Oligohydramnios diagnosis

“I woke up, something didn’t feel right. Before I could even grasp what was happening, 10 people were in the room. I laid on the operating table thinking, ‘Please be okay, little one, please.’ My husband was in the waiting room, no idea I was even in surgery. All I could think was, ‘She is so tiny.’ I just held her in front of me. She looked so angry. She just stared at my husband and sons with tensed eyebrows, so incredibly inconvenienced by us. It’s absolutely hilarious.” 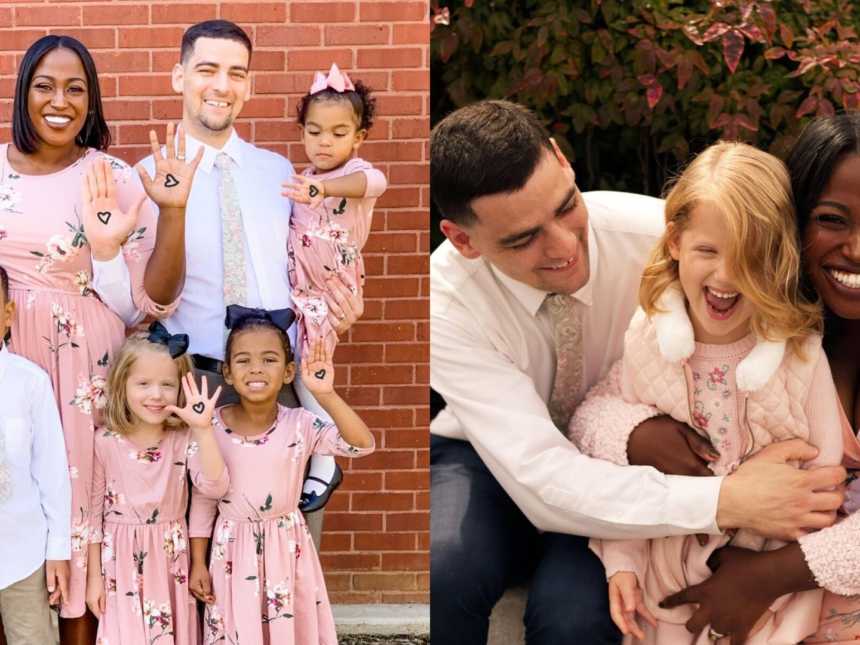 ‘Is she really your child? Are you really her mother?,’ strangers ask. It’s hard. I’m just a mom caring for her 4 kids.’: Biracial couple adopts white niece, ‘I am so proud to call her one of my children’

“‘Your sister-in-law has been arrested. Her kids will be placed in foster care.’ Our hearts sank! We went to court hopeful, but scared. We bought an inmate phone card just to make the 15-minute phone call to plead our case. I was so nervous I’d say the wrong thing. ‘No, I just don’t think my daughter staying with you would be best,’ the bio mom said. As simple as that. No reason or explanation. I looked at Drue with desperation hoping he’d press the issue. He just shook his head no.”