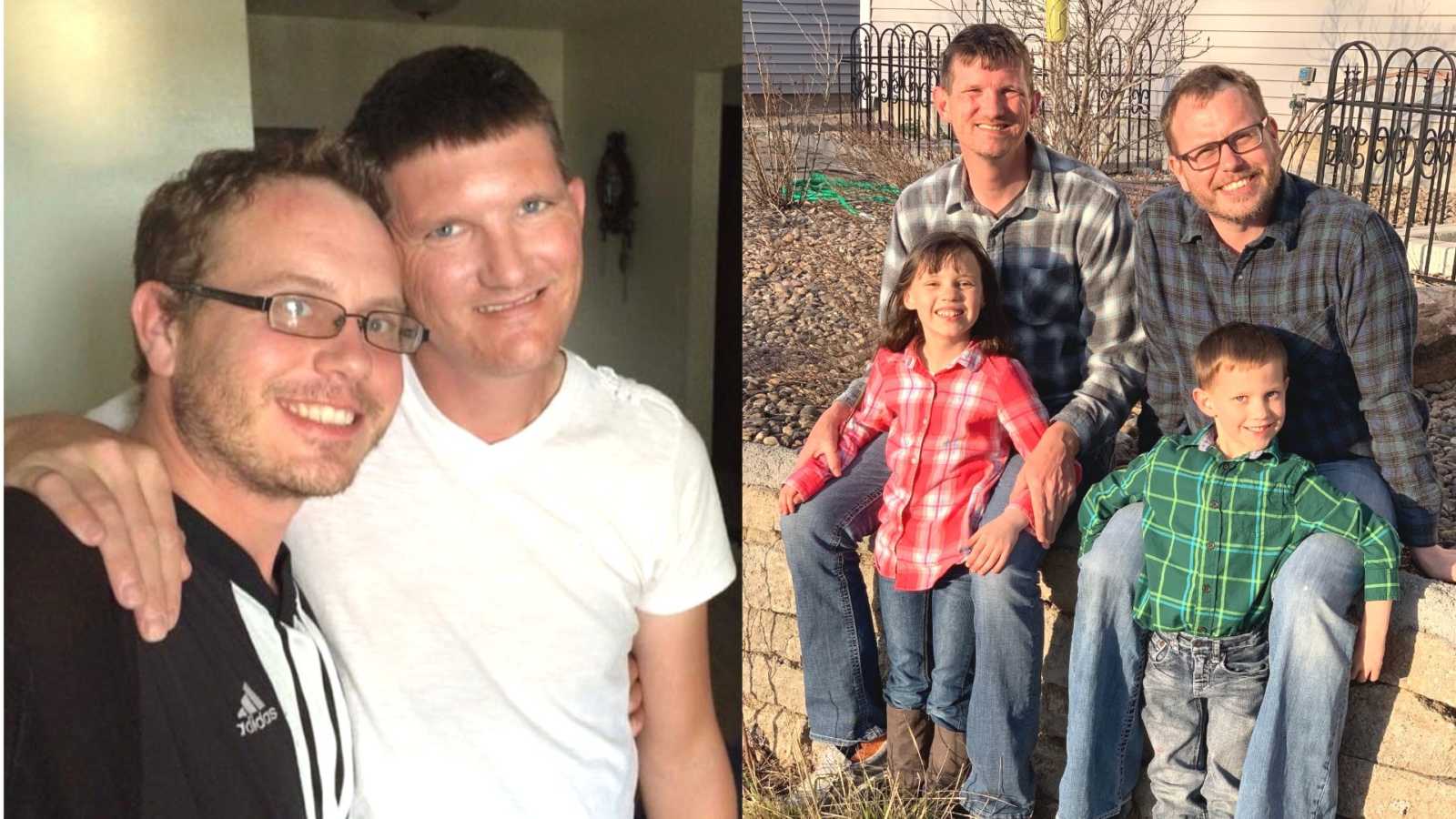 “A person shouldn’t be afraid of accepting your own sexuality and chasing after dreams. I believe in a world full of compassion, kindness and understanding but there are still the few who love to display their hate towards other human beings. My husband and I have experienced the latter but not until later in life. Being called the ‘F’ word, queer, mental or ‘needing to get my plumbing checked ou’t just because I am gay has never been said to me my entire life. That was until my husband and I started the adoption process and I ran for mayor of a rural and red community of 2,000 people.

After being together for 5 years we decided it was important to get married and then to adopt a child of our own. Little did we know we would be chosen for an adoption and we would get to adopt two children instead of one. My great-niece and my great-nephew had been in and out of foster care and taken away from their biological parents from the time they were born. Once our children’s biological parents had their rights taken away from the state we knew we had to step in and stop this pattern in their lives. There are many feelings and emotions that go into bringing in two children into your home. Especially when you have never had a kid before. But we didn’t let the unknown or what others might think stand in our way.

Jaxon and Ellie have already changed who we are as people in just the 12 months’ time since the adoption. They have taught us what is truly important, never to sweat the small stuff, never worry about the negativity others wish to shine down on us, and they help us remember to never dwell on the past. They keep us grounded in the present. It’s not the monetary or the materialistic things. Those things will never provide for complete happiness in one’s life as two children will.

Being gay dads has helped us in being a real strength to our children because we show them how to overcome adversity. This doesn’t mean we’re any better than other sexual orientations but 9 out of 10 times people who are gay have experienced enough judgement, abuse and other negativity throughout their lives to know how to educate their children when they witness or come face to face with people being treated in abusive or negative manners.

This is something we still face today. We have our own mayor and council members who love to sit behind their phone and computer screens and bully other people just because of a person’s sexual orientation. These elected officials even had city office staff bully my family as I was running for mayor. To have our own elected officials say the LGBTQ community has a mental illness, transgender is a made up word, having gays adopt kids is pushing our gay agenda on them, and so many more of their ignorant statements; none of it will stand in the way of how we live our lives and it won’t stand in the way of how we educate our children. It will not pressure us to bow to their negativity, hate or misery in any way. All hate does is provide us with even more of a platform to get out there and continue educating others about a person’s sexuality and how to stand up to bullies.

As someone who ran as a write-in for mayor in November of 2018 and as an openly gay man, I stood up and battled against this disgust and hate from our local elected officials. When I ran for mayor I witnessed again (just like when we first brought our kids home) the overwhelmingly support, kindness and openness our community has for other people. As a write-in and as someone who only lived in this community for five years I almost beat an incumbent whose been in politics for over 12 years. (I lost by 75 votes as a write in). That did prove to this city their hate won’t be justified and it won’t run our town. Even after this I still believe love will always drown out hate.

The sad thing is it only takes the few to display and spew hate before hate becomes contagious. That is my greatest fear. For these elected officials, especially the likes of the Ward III Councilman to spew hate in their elected capacity and it will give free reign for others to jump on their ignorant bandwagon. This causes much more harm in the future. Others may act and actually commit actual harm to my family.

I truly want to demonstrate to our two children how to construct a positive identity and how to respond to another person’s judgement and hate without lowering themselves to negative behaviors. I never want my children to bow down to the quicksand of hate and disgust. I truly want to provide a safe place for expression, creativity and love. All parents, regardless of one’s sexual orientation, have an obligation to play a significant role in the lives of their kids and in their kid’s friends’ lives.

Probably one of the most important things I have learned in the past year is this; There are few things in life you can invest in that will have as much of a profound return as raising a family of your own. In the end, I never thought I had so much love to give to two kids as I have been taught in the last year. I never thought the gay, young, 14 year old who believed he would have to live a life of denial, loneliness and secrecy would now be happily raising a beautiful family and living in one of the most iconic homes in our town as we are doing right now…a historic 1885 Victorian home desired by many.”

This story was written by Brian Splater of Nebraska. You can follow his journey on Instagram here.  Submit your own story here, and subscribe to our free newsletter for our best stories.

‘As a kid, I hated being black’: Student overcomes addiction, poverty, ADHD and mental illness to excel, attend HARVARD’

‘We went in thinking it’d be a fling. Neither of us had been part of a same-sex couple. Months in, we decided to come out to our families. It was all or nothing. It went as badly as it could have.’ 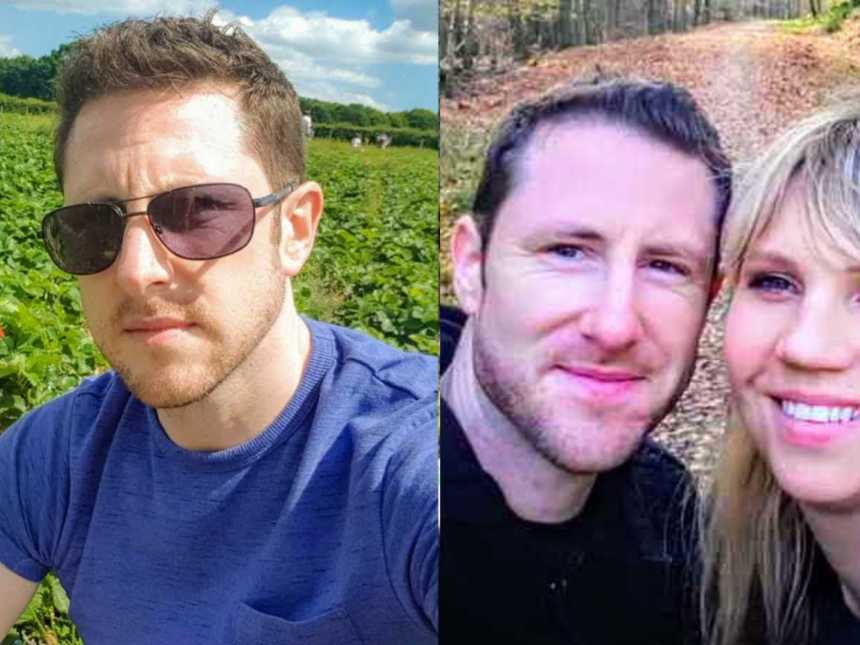 ‘That’s you!’ my wife said. I watched the TV screen carefully. Suddenly, my whole life made sense. I am autistic.’: Man discovers he’s autistic at age 32, now ‘happy, flourishing’

“Growing up, my mom always slapped me when I acted ‘weird,’ calling me ‘broken.’ I gave up on being loved and turned violent. I just felt angry all the time. I stopped caring about everything, especially myself, and contemplated suicide. Then, I met Sylvia. She understood me, she saw past the self loathing and the anger. She saw the real me, the loving me. She broke down the barrier I had put up to protect myself. I wanted to change for her. I wanted to deserve her.”