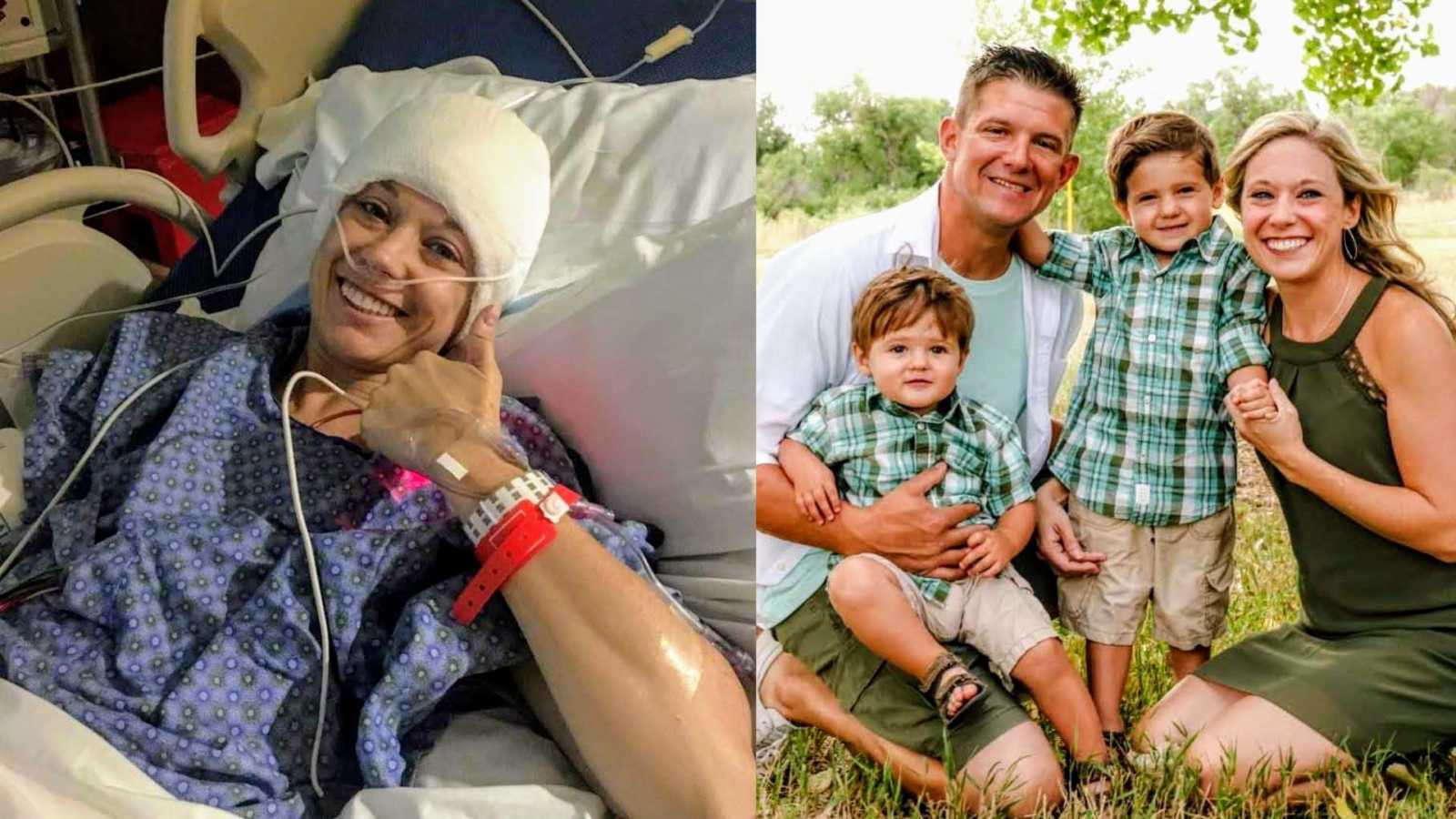 “We are all vaguely aware that life can change in an instant, a heartbeat, a blink of an eye. In the backs of our minds, we know we’re one car crash, one decision, one diagnosis away from a completely different life. Yet, we don’t want to live in fear of the unknown, so we subconsciously suppress this truth until the day it smacks us in the face.

My story begins on the very day I was blindsided: June 24th, 2018. Our family had just returned home from a beach vacation. It was a Sunday.

My husband, Josh, and I were doing housework while our four-year-old was teaching our one year old the best way to play with Play-Doh at our kitchen counter. It was such an ordinary moment, and we’d had a hundred others just like it… until I felt a horrible sensation rip through the nerves in my left arm. I told Josh, ‘My whole arm just went numb.’ He asked if I was okay, and I could only respond ‘no’ in between sobs and screams.

My skin felt like it was trying to harness golf balls moving wildly in my veins. Pain was everywhere. My neck, head, ear, ribs, and arm. All on the left side. Just when I thought it would never stop… it did. Just as suddenly as it had started.

In an instant, I could hear again. My kids were crying; they were scared. My husband was on the phone with 911. I had dropped to my knees on the kitchen rug, staring at my left hand.

By the time the ambulance arrived, I was already reassuring my frightened boys that mommy was just fine. ‘My arm just hurts and I need a doctor to look at it.’ When I reflect on this moment, I often laugh at how ‘mom instincts’ tend to take over. Here I was, in the middle of the most terrifying moment of my life, and my need to protect and reassure my children was stronger than the fear I had for myself, or what was to come.

But, the second I stepped into the ambulance, I became the child. And the trained medical team did their best to explain what was happening and keep me calm. ‘It could be a stroke, but more than likely, it’s just a pinched a nerve,’ the EMT had said. It was easy to believe him. I had never been a ‘sick’ person.’ Sure, I’ve had colds, but I’ve never been to the hospital, except for giving birth to our babies. I’ve never even had a cavity!

By the time we arrived at the hospital, I felt incredibly silly being wheeled in on a stretcher with my purse in my lap. Within minutes, I was being questioned, poked and prodded. Josh showed up sooner than I ever thought possible, having taken our boys to our neighbor’s house, and was sitting with me while we talked to a neurologist via video conferencing (thank you, technology).

When asked to explain the incident, I immediately felt the same horrible sensation tear through the left side of my body. I froze. ‘It’s happening again,’ I screamed. This time, without my children present, screams and tears poured freely, and my arm moved wildly on its own. I couldn’t control it. The hospital staff began to scramble, and medicine poured into my veins through an IV. Again, the episode stopped as suddenly as it had began, but this time the hospital staff had seen it and they had suspicions of what was going on.

Over the next several hours, I was subjected to test after test, and answers began to come. First, seizure activity was confirmed. Then, we were told about the brain tumors. ‘Several. Finally, for the first time, we heard the word: Neurofibromatosis II.

Although this news was detrimental, all I could do was laugh. I laughed so hard I cried. Were they sure they had the right scans? I couldn’t even pronounce the word ‘Neuro-fibro-ma-to-sis.’ I told the neurologist that he had to be wrong. After all, the EMT had assured me this was only a pinched nerve.

But the neurologist was not wrong. I had 23 tumors growing throughout my neurological system; 17 in my brain, 1 in my left ear, and 6 more inside my spinal cord.

The months to come would test me more than any in my 30 years of life up until that point. I had over 30 recorded focal seizures, 15 MRI’s, 7 CT scans, 4 hospitalizations and 37 office visits (and 2 kids in preschool).

On July 20th, I had my first craniotomy. On October 12th, I had another.

I learned that surviving is more than your heart beating in your chest, the breath in your lungs and a functioning brain. It means choosing to see beauty through ugliness and finding hope on the bad days. It was showing my boys what strength and endurance looked like.

Who knew that being diagnosed with an incurable illness could actually be healing?

This is my story, and it is not over yet. But through it all, I will continue to be grateful for what I have and see the bright side. That’s what life is all about.”

This story was submitted to Love What Matters by Megan Bugle of Denver, Colorado. You can follow her journey on her blog here and Instagram here. Submit your own story here and be sure to subscribe to our free email newsletter for our best stories.

‘I blacked out and collapsed. ‘We’re taking your baby,’ I heard someone say. I woke up not knowing where I was. I tried to tell them I was in pain, but couldn’t talk.’

‘What did I do wrong to cause this sweet blonde-haired, blue-eyed boy to suffer like this?’ He woke up so smiley that morning. My husband and I were silent. ‘It’s time,’ the team said. The doors shut behind him.’ 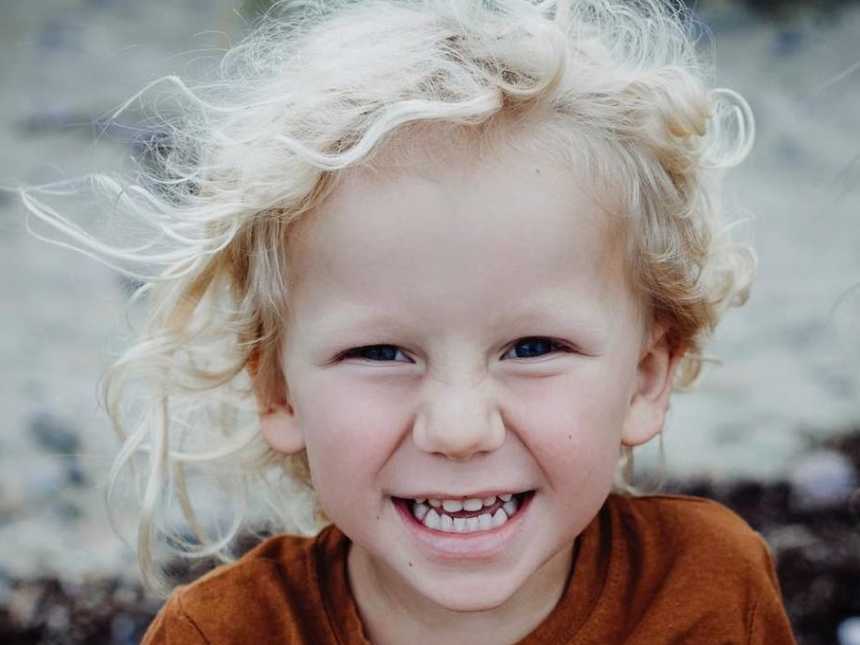 ‘Despite his mama’s frantic attempts to save him, he passed away in her arms.’: 3-year-old dies after choking on popular bouncy ball

“The gaping hole in our lives and hearts is completely incomprehensible.” 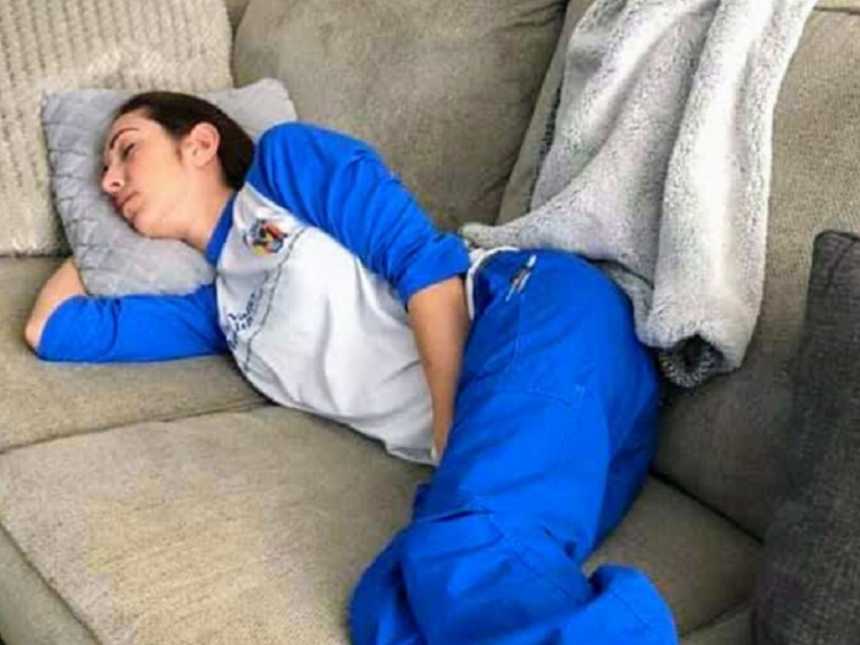 ‘When you marry a nurse, you marry their job. She gives 100% day in and day out.’: Man writes sweet tribute to nurse wife, ‘this is her calling’

“As my nurse sleeps, I quietly clean the house, do the dishes, prepare meals, do laundry. When she’s leaving, she has a clean home, clean scrubs, somewhat sane children, and a meal ready to go. 5 hours after her shift should’ve ended, she calls. I let her talk, I let her vent. She just wants to stay awake. I let her know she’s an amazing mother, nurse, wife. It’s the little things that matter. They all count.”