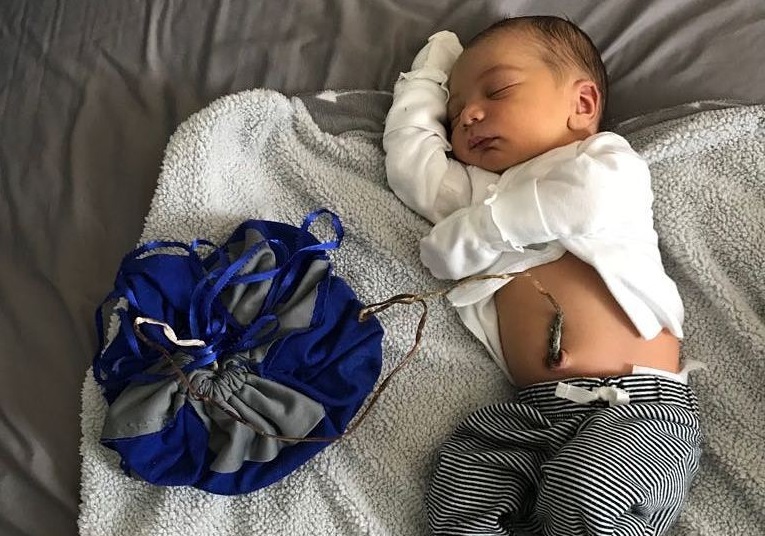 This mother chose to leave her newborn son attached to his placenta for nine days after his birth. This process is called a lotus birth, or umbilical non-severance, where parents allow the cord to fall off naturally. Below, mom Vanessa Fisher tells Love What Matters why she chose this method.

“Interest in the lotus birth may have come about after my initial research on cord blood options. I found that there were mothers who left the cord attached for several minutes or hours after birth to allow for the placenta to stop pulsating. This would ensure that there were time for a full placental blood transfer to baby. Taking that idea a step further was the lotus birth. The idea really resonated with me because I was already set on embracing a very natural approach to this pregnancy, and cutting out any unnecessary medical interference was important to me. It was very early in the pregnancy that we decided that this would be added to our birth plan.

In my mind I imagine the baby spending 10 months in utero only knowing his mother giving him life, his placenta offering him nourishment and the umbilical cord connecting him to both. After birth, baby is normally taken from the womb and separated from his cord and placenta — a series of events that I imagine could be emotionally traumatic for baby. A reintroduction to mother externally cannot be avoided, but a gradual separation from the umbilical cord and placenta seems more emotionally considerate of baby. I believe that in the time that the cord is naturally detaching, and the placenta is completing its job providing nutrients and blood to baby, baby has time to establish a new bond and dependency on the father.

In the beginning my husband was surprised by the idea, but supportive, nonetheless. Other family members were not fond of the idea. I think that the most reluctance stemmed from the fact that it was unfamiliar. I didn’t find anyone’s objections valid enough to reconsider my decision. Unorthodox is difficult for people to conceptualize, we are so accustomed to the limitations of western medicine, we stick to what we know without much consideration for the alternative.

Their arguments included: The placenta is definitely unattractive. The placenta being attached would require that they be even more careful with the baby. My son decided he wouldn’t even hold the baby until the placenta was done away with. I read articles that said it was unsanitary, even uncivilized.  Online I found that doctors speculated that infection could occur but I didn’t find any studies to verify that concern.

Whether the cord is cut or not, it detaches naturally. An old saying, ‘If it ain’t broke, don’t fix it’ comes to mind when I think of the lotus birth. There was absolutely no flaw in the way that God designed any part of the process from conception, to delivery, to breastfeeding. None of the process requires prompting, all of it was beautifully orchestrated. I came across a quote by Lao Tzu recently that read, ‘Nature does not hurry, yet everything is accomplished.’ This teabag proverb served as a confirmation to me that nature doesn’t need my assistance, it will work quite perfectly with my surrender.

Lotus birth should be considered by new parents because of the health benefits a baby receives from a complete placental blood transfer. It creates a more fluid transition for a newborn baby. It encourages bonding and may result in a more peaceful and serene infant because they avoid a traumatic experience at birth.

In the days following his birth, Ashton’s cord became very dry and brittle like a twig. On day five, the cord snapped. The placenta was separate, and a portion of the cord remained connected to the naval. On day nine, the remaining piece of the cord detached from the naval. The process was successful. It didn’t cause any infection or discomfort to the baby.

I’m not trying to force my journey or experience on anyone. But I shared because in all of the mysteries of reproduction and childbirth, this made sense to me. And fortunately, as I’d anticipated, it worked itself out beautifully.”

This story was submitted to Love What Matters by Vanessa Fisher of Forth Worth, Texas. Submit your story here. 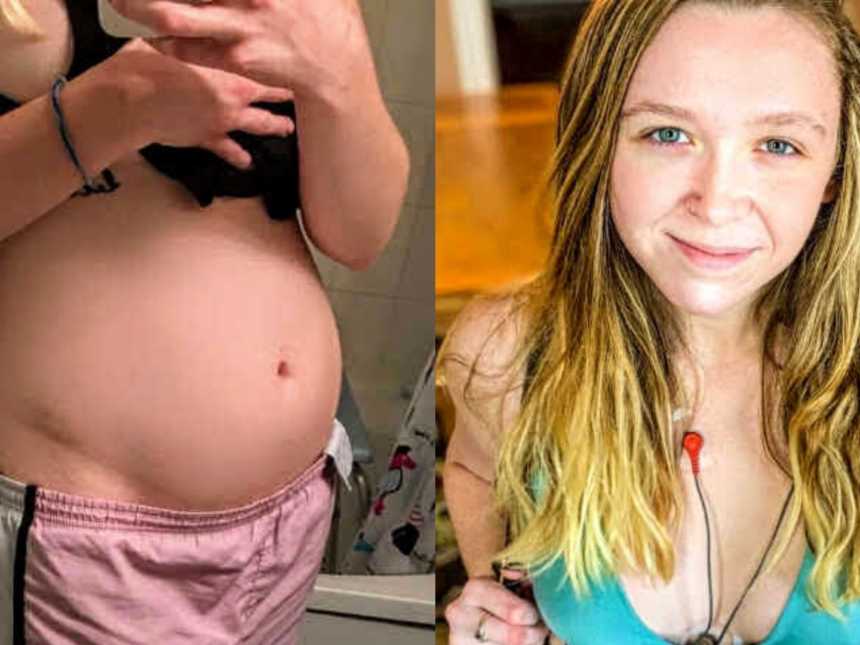