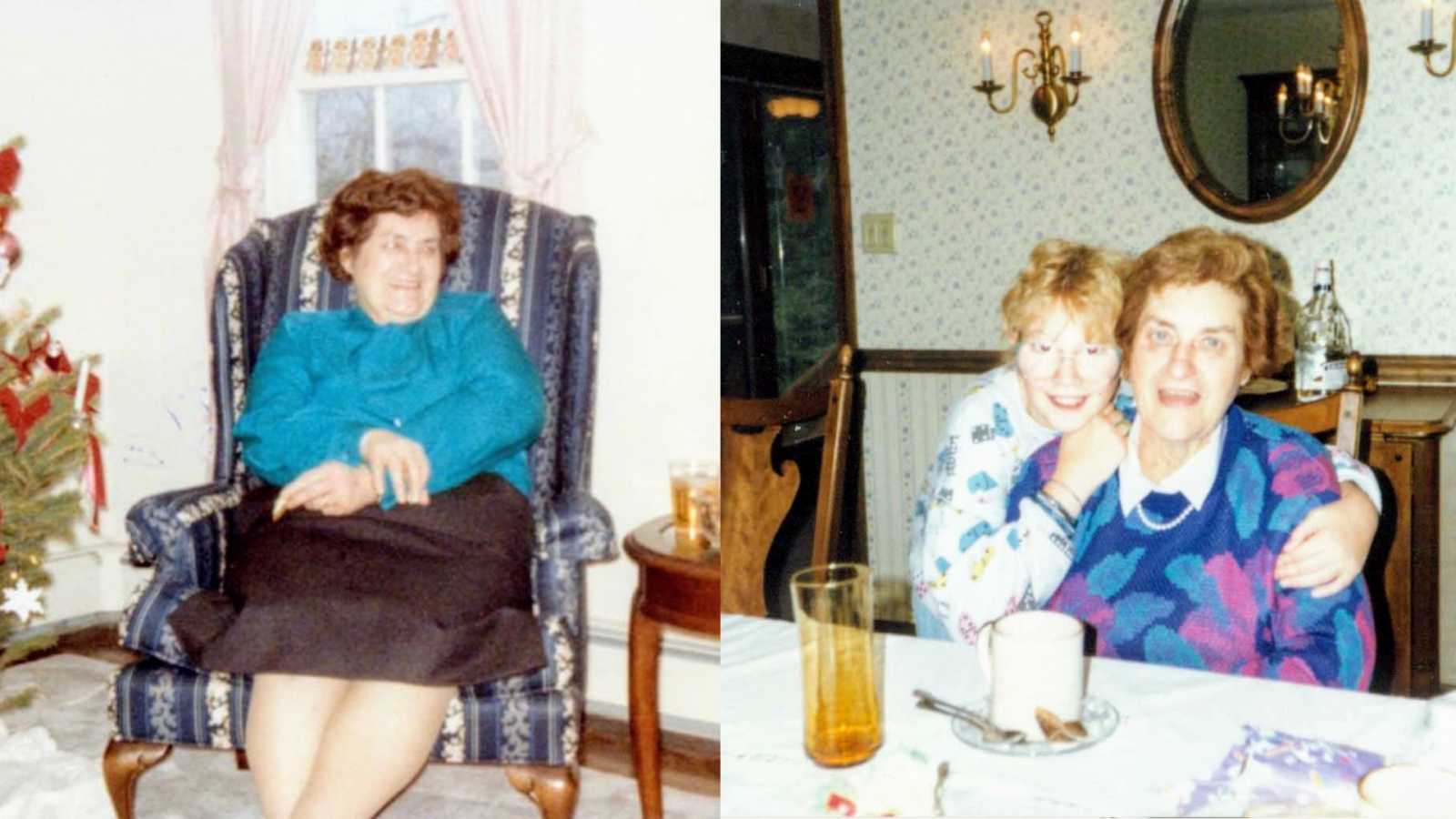 “I remember that day like it was yesterday. On a June day in 2010 I was shooting a family portrait in a park and when I returned to my car I had many missed calls from my dad. I called him back immediately and heard the words that would change my life: ‘your grandmother has been diagnosed with stage 4 ovarian cancer but don’t worry, she’ll be fine.’ I knew as soon as I hung up the phone that she would not be around for Christmas. I sat in my car in the parking lot of the park and cried. I cried tears I didn’t know I had and felt as though I couldn’t breathe. I had to call my husband to tell him I wasn’t sure I could drive home.

The weeks that followed are a bit of a blur for me. I tended to my son who was not quite one and tried to focus on my day to day. I didn’t live close to my grandmother anymore so instead I called her every day at 4 p.m., tea time for her British self, and we would chat over our respective teas. I did my best to hold it together because I didn’t want to upset her. I wanted to be strong for the woman who had always been so strong for me. All she ever said about her diagnosis was ‘I’ll be fine’ and ‘I’m old, it is what it is’ – she never let anything get her down. She liked to tell me she lives a good long life and to not worry so much.

My grandmother was my lifeline growing up. She was the one who was always my number one supporter and the person I could tell everything to. I was her eldest granddaughter and I like to think I was the most special to her because she never got a daughter of her own. She doted on me from the time I was born until the day she died. She taught me how to cook, bake and sew. She taught me to stand up for myself and to stand strong when I was bullied as a child. She would tell me ‘Anne Marie, people are not always going to like you and that’s OK. YOU know you’re a good person and what’s in your heart and what God sees, THAT’S what matters. Not what other people think about you. All that matters is what YOU think of you.’ Whenever I was feeling down I could count on her for a sit down in her kitchen for a cup of tea and maybe even a slice of her amazing chocolate cake.

I was able to visit her that summer and fall. She got to spend time with me and my son and I still feel like she was the one supporting me. My son turned one in September 2010 and was scared of her at the visits. He was scared of the hospitals, the rehabs and of her. She would always comfort me: ‘Oh Anne Marie, I am old and frail, of course he is scared! Don’t you fret one bit about that and let him feel how his little self feels! I am not at all concerned with it.’ I visited as much as I could and spent many hours with my tiny son in the hospital with her. And while he was not always the biggest fan of hers he had ALL the nurses wrapped around his little fingers.

The second week of December she was back in the hospital again. I felt I needed to get up there even though we were slated to be there the day after Christmas. I flew up to visit her in the hospital. At this point she was not doing great but we were all hoping she would pull through. I remember seeing her and having to do everything in my power to keep it together. She looked more frail that I had ever seen her. I spent the majority of my time sitting by the window instead of by her bedside. When an aunt questioned this my grandmother stood up for me again ‘Oh stop! She’s scared so that’s’ where she’s sitting, leave her be.’ She knew more than I think I did that I was not ready for this.

I remember needing to leave to catch my flight, putting my forehead against hers and saying what I knew, but didn’t want to be, my goodbyes. I did not want to leave her. That was a Sunday and by Tuesday, she was gone. Her end was quite peaceful once the doctors controlled her pain. She fell asleep on Monday and never woke back up. She passed on Tuesday December 21, 2010 a little after 7 p.m. I remember calling my dad around 7 to check in. He said she was still sleeping and he was watching Wheel of Fortune in her room. I sent my love and hung up. 10 minutes later I got the call she had passed. Never in my life have I been more gutted to lose someone, when she passed I felt like a huge part of my life went with her. 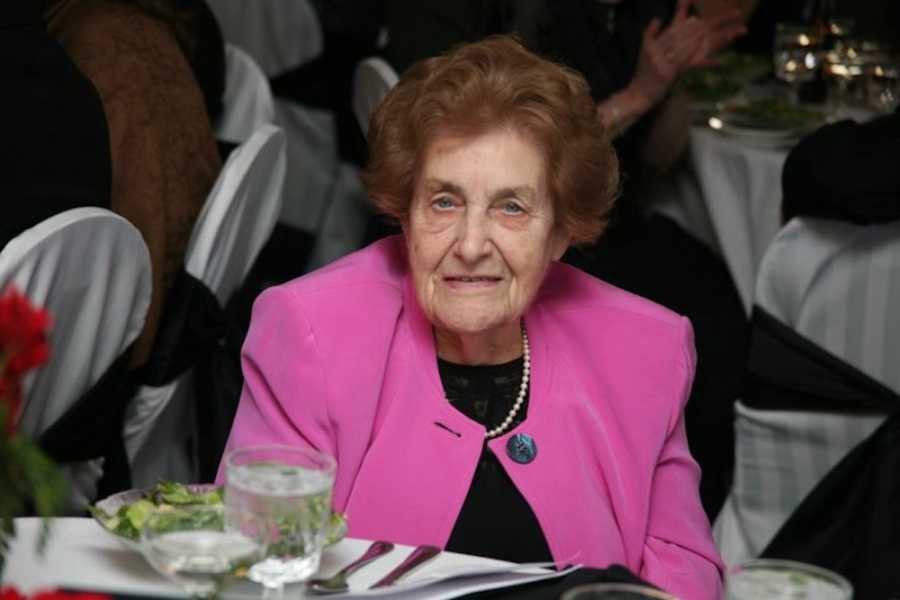 Two years later my husband and I were pregnant again. I remember feeling so sad that my grandmother would not get to meet this grandchild. However, I felt blessed to have had a blanket she had knitted for my future child. Before I had met my husband, she had given me two baby blankets, one for a boy (which my son had) and one for a girl. The moment we found out we were having a little girl I just knew this was not a coincidence. She had given me the perfect blankets even before I met my husband and had children.

The perfect way to honor her was to 1. Give this blanket to this baby and 2. Name this child after her. Almost 7 years later and my daughter, Iris, is still attached to this blanket, her nih-night, and sleeps with it every night. She takes pride in the fact that her Grandma Iris made it for her.

Naming my child after my grandmother never seemed like enough. It never seemed like it was enough to pay tribute to the woman who meant more to me that I could ever express in words. I have a few tattoos and couldn’t figure out the perfect way to honor her. An Iris tattoo would be nice but wouldn’t that be a slight against my son, seeing as it’s also my daughter’s name? Nothing ever felt right. Then one day I opened up a cookbook. One I’d had for a long time but never thought much about. It was the first cookbook I was ever given, and on the inside, in my grandmother’s handwriting, was an inscription. As soon as I saw that I knew what I needed to do. I set up an appointment the following week at my local tattoo parlor.

I selected a few words from that inscription to have tattooed on my wrist. And every day I can look at my tattoo and remember how much love she had for me and I for her. There is something so special about having her handwriting on my body. A part of her is always with me, not only with my child but with this tattoo. I cannot think of a better way to honor her than by having something so personal as a permanent part of me. Every person’s handwriting is different, it’s special. And by having that as a part of my body, something I look to when I am having a bad day is something that I cannot describe. I literally rub her words when I am feeling down or having a bad day and it makes me feel better.

I love you grandma, forever and always.”

This story was submitted to Love What Matters by Annee Olden from northern Virginia. You can follow her on Instagram here and Facebook here.  Submit your own story here. For our best stories, subscribe to our free newsletter. 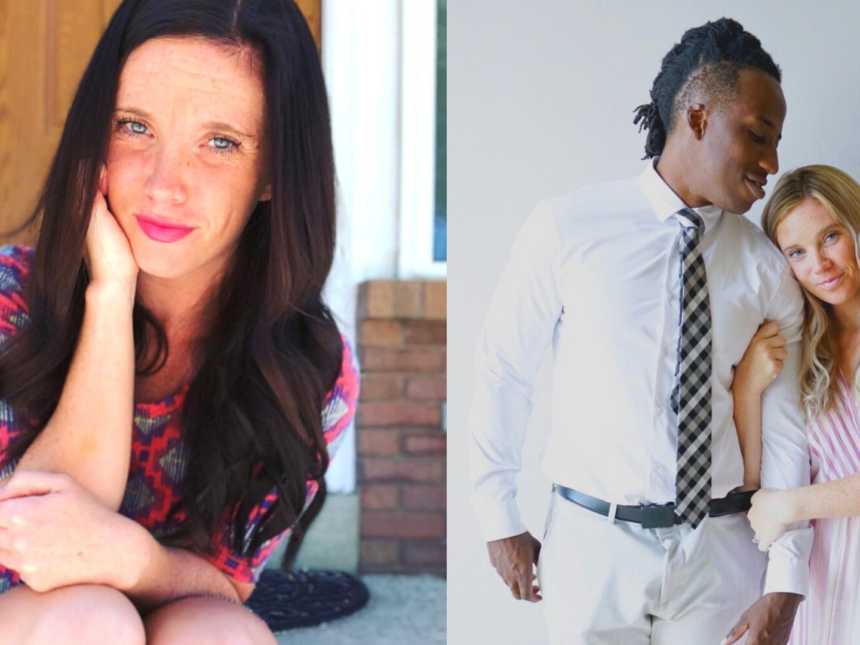 ‘Please don’t leave me. You can have us both.’ I panicked. I must’ve dropped the ball somewhere.’: Woman recalls pain of infidelity, finds happiness with new husband, ‘I didn’t think people like him existed’

“There it was in my phone bill. The proof that something was wrong. I found text messages to another number all hours of the night. I called to pay my power bill and was asked ‘which address’ I wanted to apply the payment to. Then I knew. He had two places he was living. Two separate lives. ‘Honey, he doesn’t deserve your love.’ I was sure I’d never marry again, until our blind date.” 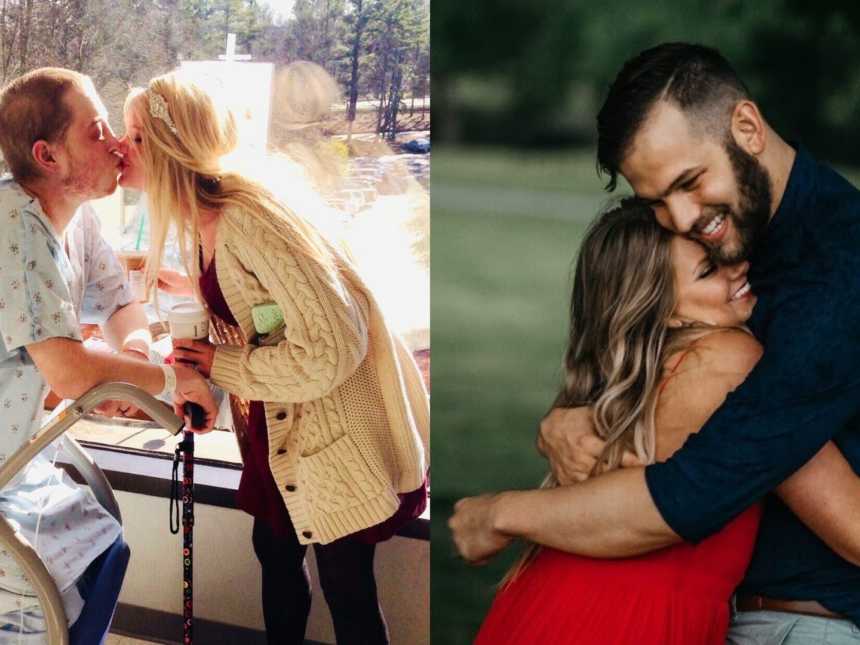 ‘He took a deep breath. ‘Cady, I have feelings for you.’ My heart started beating. ‘I had to be honest.’: 24-year-old widow marries ‘dear friend’ of late husband after tragically watching him ‘suffocate to death’

“I was 24 years old when I watched my husband suffocate to death. I destroyed the hospital room. I threw things. I screamed. I tried to resuscitate him. And then I lay helplessly on his cold chest and sobbed. But I was not alone that day. Jon was a dear friend of Jordan’s. In our wedding, Jon was one of our ushers. He paused to let me take in what he was saying. ‘I just want what is best for you. If you want me to wait for you, I will.’”