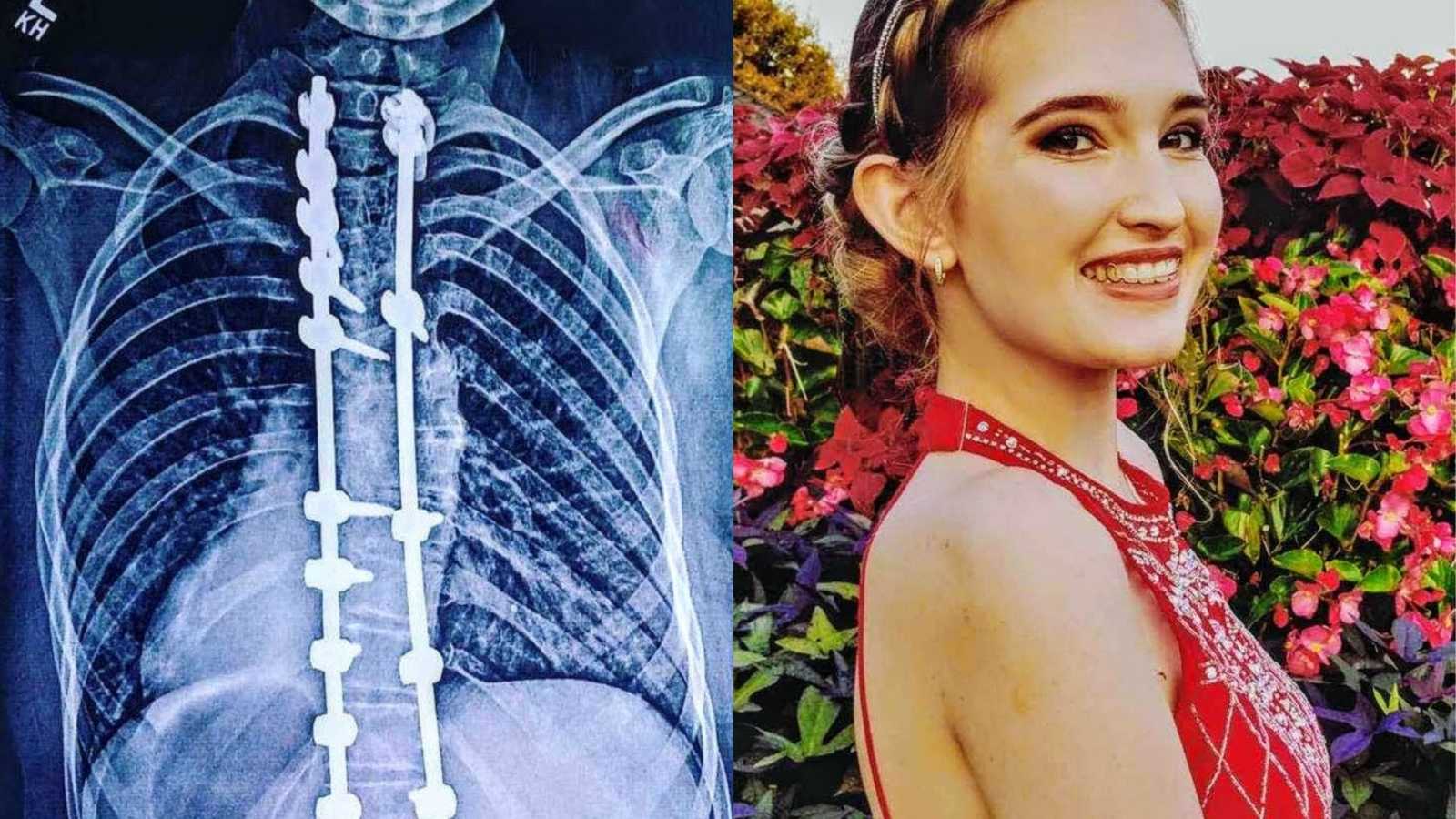 “My daughter’s journey started when she was 2 years old. Caileigh was told she had muscular dystrophy, although it wouldn’t be her final diagnosis. By the age of 12, she received 2 misdiagnoses of other rare forms of muscular dystrophy. This led to years and years of wrong treatments and therapies.

Her final and accurate diagnosis didn’t come until she was 13 years old. For the first time, the doctor spoke the words ‘Bethlem Myopathy Muscular Dystrophy’. We learned that it’s a rare form of muscular dystrophy present at birth. It is a congenital collagen VI deficiency disease that primarily attacks the skeletal muscles. Now, what does this look like?

Caileigh often experiences extremely weak muscles like other muscular dystrophy survivors. But what makes her condition unique is just how much it affects her internal organs. She suffers from lung disease and has had over 15 cases of pneumonia in her lifetime, typically in both lungs simultaneously. She suffers from presyncope, which causes many episodes of passing out. She has constant low blood pressure, and it’s common for it to remain around 60/45 for 45 minutes to an hour. Her heart just cannot keep up with her body.

The scariest change for us has been her esophagus. Within the past two years, up to three quarters of her esophagus has completely stopped working. We were told if it continues to fail, she will have to be placed on a feeding tube for her safety.

About two years ago, Caileigh began to complain about pains in her back. Soon after, the complaints went from daily to almost hourly. When I took her to the doctor, I was informed her spine was collapsing. The muscles in her back were not strong enough. Two months later, my sweet daughter’s spinal curve was so severe that her left lung almost collapsed. Surgery was imminent and she is now the proud owner of beautiful, fully-fused spinal rods and pins.

After the surgery, Caileigh lost the ability to sit up on her own, walk, or do anything for herself for nearly two years. Regardless, she continued to persevere. She now functions on her own daily, only needing minimal assistance to rise at times or use her scooter during the day.

The most incredible part about ALL of this is Caileigh has never lost faith in her ability, her recovery, or herself. Through all of the torturous testing involved in a muscular disease and diagnosis, my daughter has remained stoic. We do not believe in ‘I cannot’. Her life has been filled with blood draws and needle sticks and she does her best to comfort ME through every procedure.

She has undergone several Electromyography studies where small needles are inserted into her muscles and shocked. Although these are extremely painful tests, Caileigh endures them time and time again. She has also undergone Esophageal manometry testing in which a camera is placed down the nose and into the esophagus. This was awfully uncomfortable for her but allows doctors to find out exactly how much of her esophagus is still functioning. Throughout, she has been so positive and patient with them.

With a beautiful smile on her face, Caileigh deals with difficulty every day. A few years ago, out of the blue, her ‘best friend’ no longer wanted to be her best friend. She has had countless strangers walk up and ask why she uses a ‘grandma scooter’ to get around. Any time Caileigh trips and falls, people will stare or laugh instead of rush to assist her. But Caileigh and I firmly believe these struggles have made her a stronger person.

Her entire life has been difficult and yet she devotes her time to trying to give back. She always wants to love and embrace everyone, the good people, the bad, and the different. Caileigh often tells me about the other children at school who are more special than herself and how people are mean to them. ‘I always defend them,’ she has said. ‘I want to stand up for people who cannot stand up for themselves.’

Caileigh has stepped in when the school’s cheerleaders pressured a young girl with autism to take off her clothes at football game. They screamed, ‘Take your shirt off!’ Caileigh was the only one to pull the girl aside and help her put her shirt back on. She knows how it feels to be unique and she doesn’t want anyone to hurt. A few years ago, she even defended a young boy who had bullied her for numerous years. ‘I just don’t want him to feel how he made me feel. I don’t think anyone should feel that bad.’

Caileigh may have a physical impairment, but she is blessed by her ability to draw. She uses her talent to create beautiful works of art and donate them to different charities.

Many people expect someone like her to speak with sorrow and sadness, maybe even dread. After all, her life has been filled with heartache and pain. She has known nothing but struggles. But when Caileigh speaks there is so much hope and happiness.

Not every bad situation has to have a bad ending. Caileigh is proof of that. Every day she uses what I can only explain as the worst hand a person can be dealt as an opportunity to educate and embrace other people. She fills the room with laughter every opportunity she gets. I truly believe God has big plans for my daughter. Her heart is tremendously big. She teaches me something new every day.”

This story was submitted to Love What Matters by Shauna Murphey of Canton, Georgia. Submit your own story here, and be sure to subscribe to our free email newsletter for our best stories.