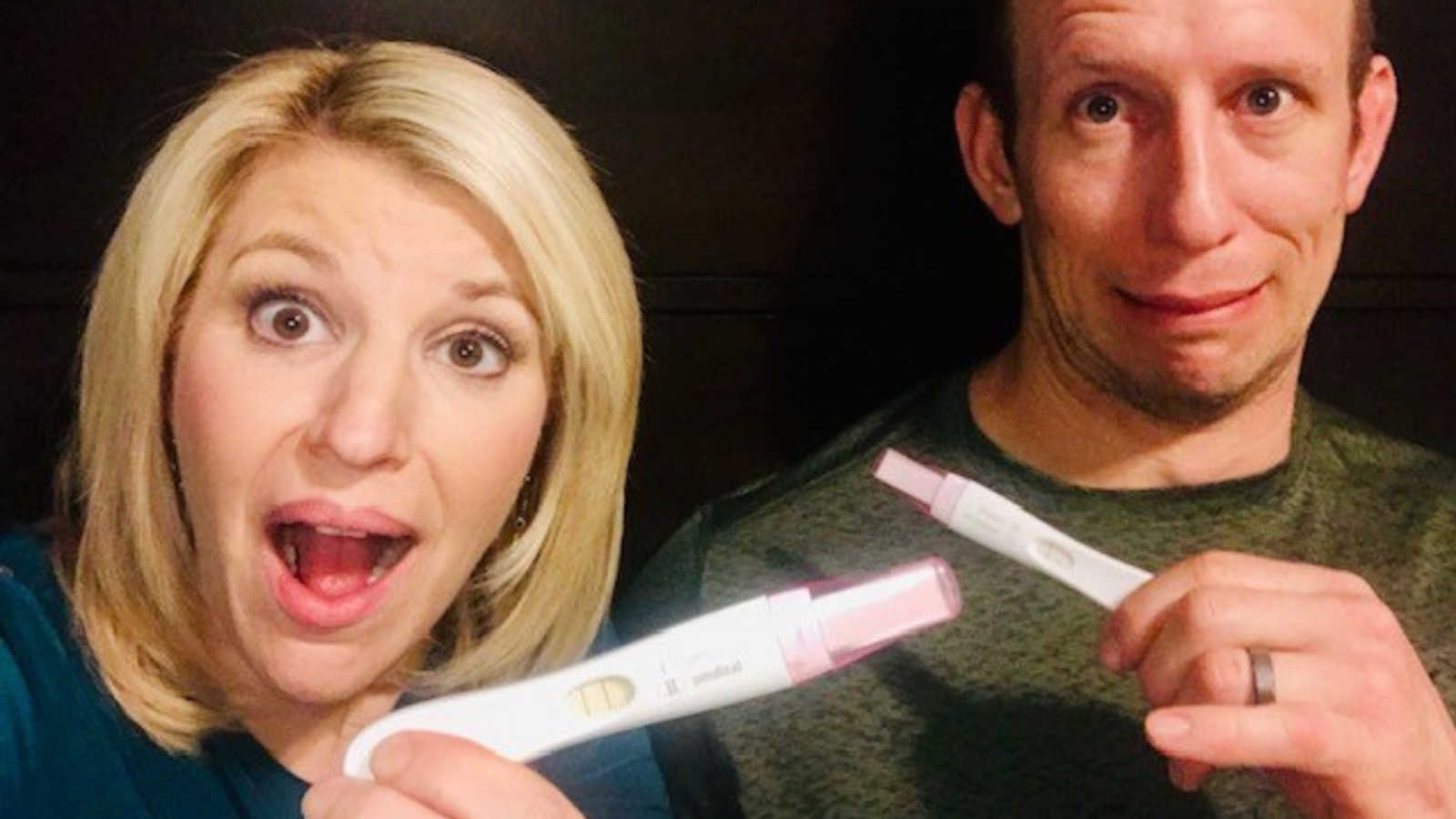 “It’s an isolating feeling. In a stage of life when most of your friends are becoming parents, you long for that baby of your own; only to find out your body won’t cooperate. I’ve always heard of couples facing years of infertility, eventually becoming pregnant when they least expected it. Never did I think my husband and I would become one of those crazy stories, but we were in for the shock of our lives when I took a pregnancy test!

Sleepless nights. Frustration. Hope and excitement shattered by heartache. For the past eight years, I faced the painful challenge so many couples experience. I was the face of infertility. Month after month, I would choke back the tears when the pregnancy test read ‘negative.’ So many nights I would lie awake, silently crying because life didn’t seem fair. A number of health complications meant I might never be able to have children. I felt like a failure. And while I was truly happy for the friends who had children, a piece of my heart felt broken and jealous.

My husband and I turned to fertility treatments, yet three years passed by with no luck. Several tests showed in-vitro fertilization was our best option due to my health. The daily shots were both emotionally and physically draining, but all was forgotten when our doctor shared the news that we were finally pregnant with triplets – two identical girls and a boy.

The months of pregnancy bliss took a drastic turn as I faced a number of complications. Emergency surgery and bed rest gave way to a permanent stay in the hospital. And while we prayed for a miracle, our lives were shattered when I delivered our triplets more than 17 weeks premature. Within two months of birth, two of our babies passed away. Our lone survivor defied the odds, overcoming every obstacle that came her way. After nearly four months in the NICU, she finally came home.

Premature birth and child loss change your life forever. For years, I couldn’t fathom the thought of having more children, the fear of losing another child was always on my mind. Sure, I pictured having more than one child here on earth, but life doesn’t always go as planned.

More than five years after our triplets were born, my husband and I sat at our kitchen table discussing our future. Having more children seemed like a distant memory. The topic had been tucked away for years, even though we still had most of our baby things stored in the basement. Two children in Heaven, one here on earth; we were at peace. Our family felt complete. We signed the paperwork with the fertility clinic and decided we were ready to close that chapter in our lives.

Six months later, we had just returned home from Christmas shopping, and we were ready to relax and unwind with a bottle of wine. But before I poured a glass, I ran upstairs. Knowing my body has never been normal, I wasn’t concerned that I was ‘late.’ I took a pregnancy test, just in case and barely glanced at it, assuming it would be negative. Boy was I wrong!

I walked up to my husband with tears in my eyes, and showed him the positive pregnancy test. I didn’t say a word. I was so shocked I just handed it to him with my jaw on the ground and tears -not so much happy tears of joy – but instead, fear and complete shock. We were both speechless. ‘We’re almost 40 and we’ll be changing diapers again!,’ my husband finally muttered.

We had just closed that chapter in our lives, and deep down I knew the only way I would be able to tackle the fear of pregnancy after loss was if it happened by surprise. It wasn’t as if we had unexplained infertility, we knew exactly what was wrong with me. But something changed over the years. And God definitely had a hand in this.

I’m now at the halfway point in this pregnancy, and while the shock has worn off, my husband and I often laugh about the craziness of what’s to come. We’re nearing 40-years-old and will be once again be changing diapers. With our surviving triplet in elementary school, we’re far removed from the baby stage. But it’s just like riding a bicycle, I know we’ll remember everything as soon as we hear our baby’s first cry. It may have been unplanned and one of the biggest surprises of our lives, but we couldn’t be happier that God decided we needed one more child to complete our family. And we sure feel lucky to be one of those ‘crazy stories’ of pregnancy after years of the infertility.”

‘How are the kids?’ I gave her a puzzled look, wondering if I heard her correctly. My heart began to race and my breathing became faster. Tears erupted as my mind instantly flashed back to 3 years ago.’

‘I received a message. My entire body began shaking. To the woman who called me SICK for talking about my children who died, my heart hurts for you.’ 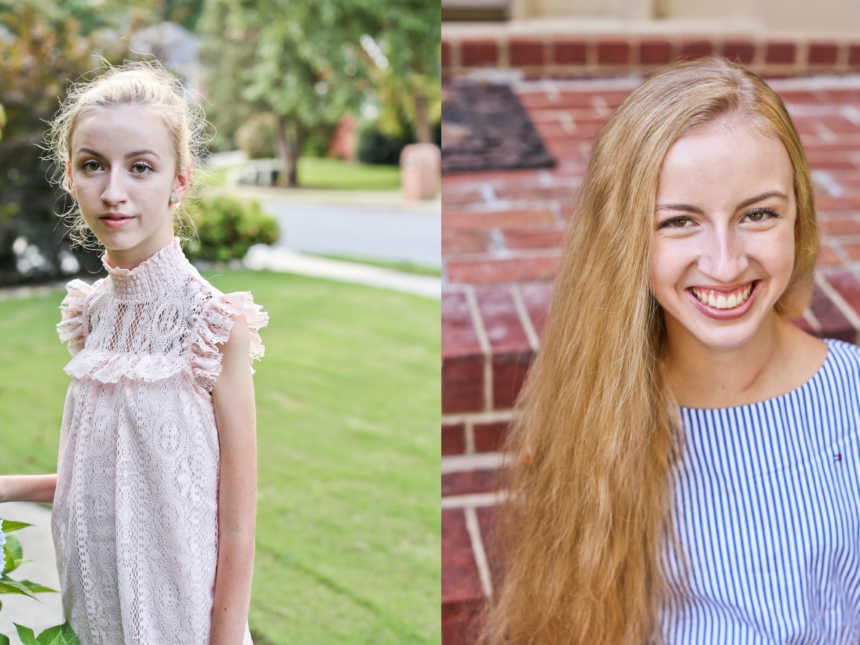 ‘When I reached down to pull up my tights, I realized my arms and hands were paralyzed. Scared, I said, ‘Mom, I can’t move my arms.’ Young woman describes life with a rare autoimmune disorder

“I experienced a sudden, excruciating headache in the middle of ballet class. Only 24 hours ago I’d been learning at school like any normal day. How could this have happened?” 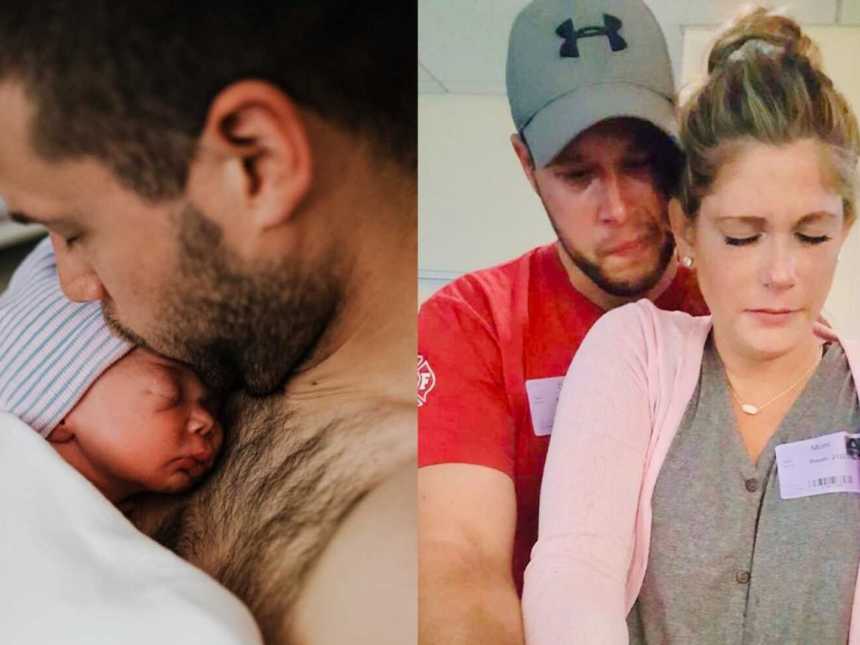