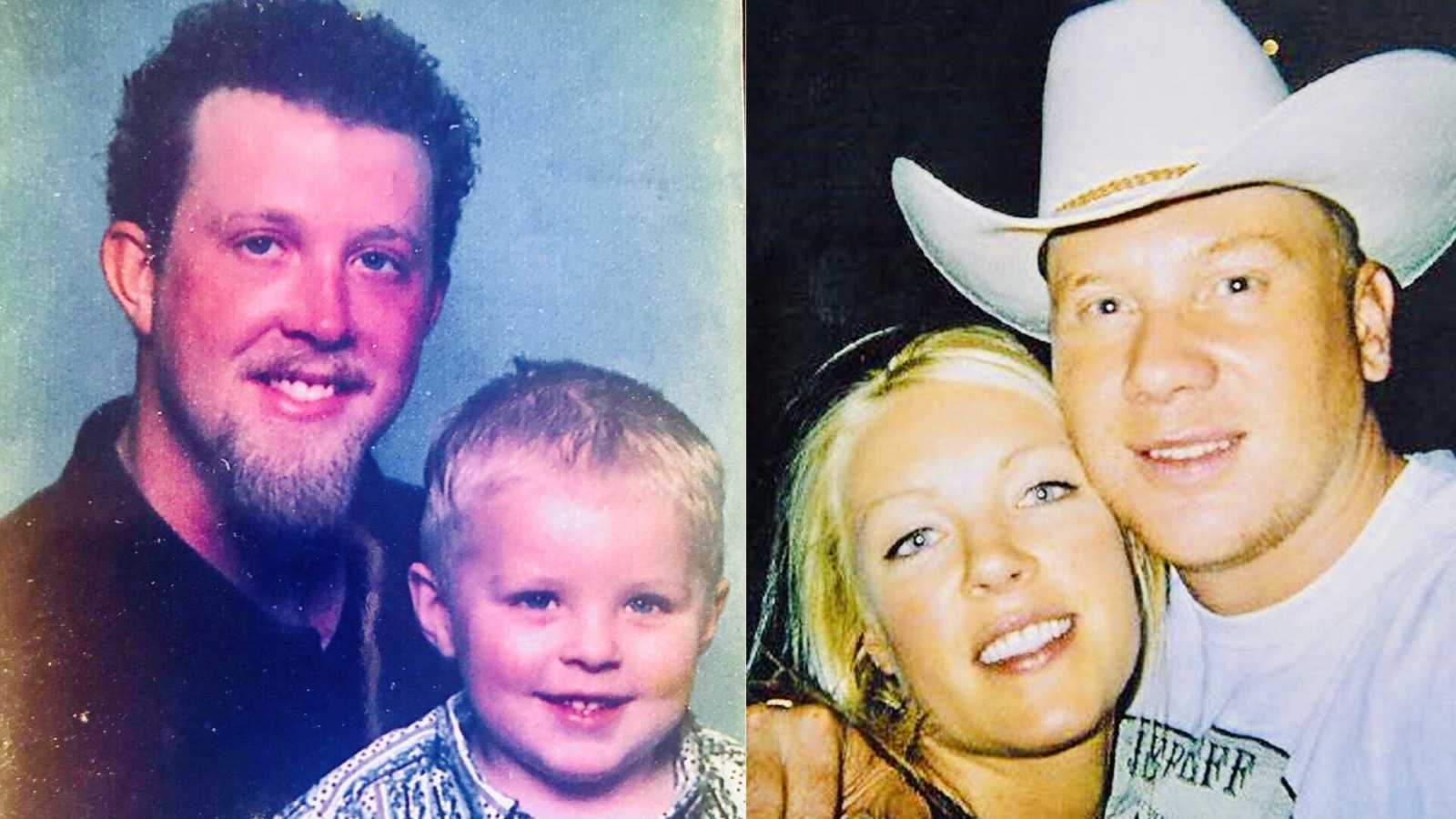 “In 1999 I was at my best friend’s birthday/graduation party when I met my first love, Josh. It was electric from the start.

We separated a few years later and I gave birth to our son, AJ, during that time. Josh passed away weeks before our son’s 5th birthday, on January 1, 2006.

This is how I found out the news.

I arrived at my parents’ house, also coming back from the beach on a separate stretch of the split highway that Josh was traveling on.

My mom was on the phone when I walked into the kitchen. My uncle on the other line just told her that Josh was killed, and when she locked eyes with me, I knew something horrible happened.

She hung up the phone but continued to look me in the eyes. ‘Josh was killed in a car accident while coming back from the beach. He was hit by a falling tree. Amber, he’s gone.’

It took me a few days to tell our son. Some of which was a blur. I do remember shopping for funeral clothes. The thought went through my head, ‘You’ll never have to bury our kid’s father again, you can get through this.’ Little did I know.

Later, I was able to meet the Good Samaritan who performed first aide on Josh until EMS arrived. It was by an absolute miracle. She happened to visit my parents’ house with her boyfriend (my dad worked with him and they were doing a side job) and she saw a picture of Josh. She told my mom the story from her point of view.

My mother was in shock, but managed to remain calm and ask if she’d meet with me.

We went to a Portland Trail Blazers game with a bunch of our close friends and family. The healing from it was raw and emotional, but also euphoric.

After genetic testing, our daughter showed markers for Spina Bifida or Down syndrome. At a specialty appointment, our doctor said if it were he and his wife, they would abort due to the risk factors for safety in childbirth to me and our daughter.

My husband cried and I told him under no circumstance would I abort. I told him we made our baby out of love, and I’d die out of love if it need be.

James prayed for a few days and came back to me and said, ‘Audrey will be fine, I know it in my bones.’

We woke up June 5th, 2010, and the sun was shining into our room, there was a woodpecker on the gutter and our goats were making noise, it was bliss.

When I made pancakes, James stood behind me and rubbed my belly.

I stayed home and cleaned all day while my husband told everyone he encountered, ‘It was the best day of his life,’ people recalled to me later.

He was helping his brother move a piece of heavy equipment up near Swift reservoir when it rolled off a 250-foot cliff.

James died immediately, despite his brother trying CPR for 45 minutes.

James had called me earlier that day to tell me he would be a while longer, it was already getting dark.

James said, ‘I love you kitty, I’ll be home late.’ It’s like I can see myself standing in the kitchen on the phone with him, I can feel the emotion like it’s happening now.

But when the phone rang around 11 p.m., I knew he was dead. It was happening again. My best friend who is also my sister-in-law called to tell me the news. I can still hear her voice.

Tonya was bawling on the phone and all I wanted to do was comfort her. After all, she was pregnant too and I was worried about our babies.

September 17, 2011, I gave birth to Audrey James Schiefelbein. She was perfectly healthy and the delivery was perfect.

The nun who came in from the chapel to be with the specialists, doctors and nurses, leaned in close to me, stroked my hair back, and all I could see was the big gold cross she wore around her neck. I barely heard her say, ‘Your daughter is beautiful.’

I didn’t know she was telling me that Audrey did not have any of the problems feared, until later.

AJ and Audrey look exactly like their fathers, I love it. It makes me feel so much more connected to them.

We keep their memory alive with photos, stories and saying their names.

There’s been many more ups and downs, but through it all, it’s made us closer. The best thing I’ve ever done is become a mom.

My favorite life lesson I’ve learned is from a text James sent me while we were first dating.

‘And now abide faith, hope, love, these three; but the greatest of these is love.’”

This story was submitted to Love What Matters by Amber Schiefelbein of Washington. Do you have a similar experience? We’d like to hear your important journey. Submit your own story here. Be sure to subscribe to our free email newsletter for our best stories, and YouTube for our best videos.

‘Mommy, what’s wrong?’ I held her face in my hands and brought her eyes to mine. ‘Baby, there was an accident. Daddy died this morning,’ I whispered to my 12-year-old daughter.’

‘Amber, you need to listen to me. You need to stay in the car.’ I opened his phone and saw the message. ‘Truck is down.’ That was their name for my husband. ‘Get Kyle!,’ I screamed.’

‘Your kids do not come first. Marriage is between two people, and that’s it.’: Man claims teaching kids they’re ‘the center of the universe’ will not ‘do you any favors’

“I’m not saying family isn’t important. I value my family a lot. But what’s best for my kids is a beautiful example of two people who love each other. You can’t put your spouse on the back burner for 18 years and then say, ‘Oh, hey, you can be my Number 1 again.'”