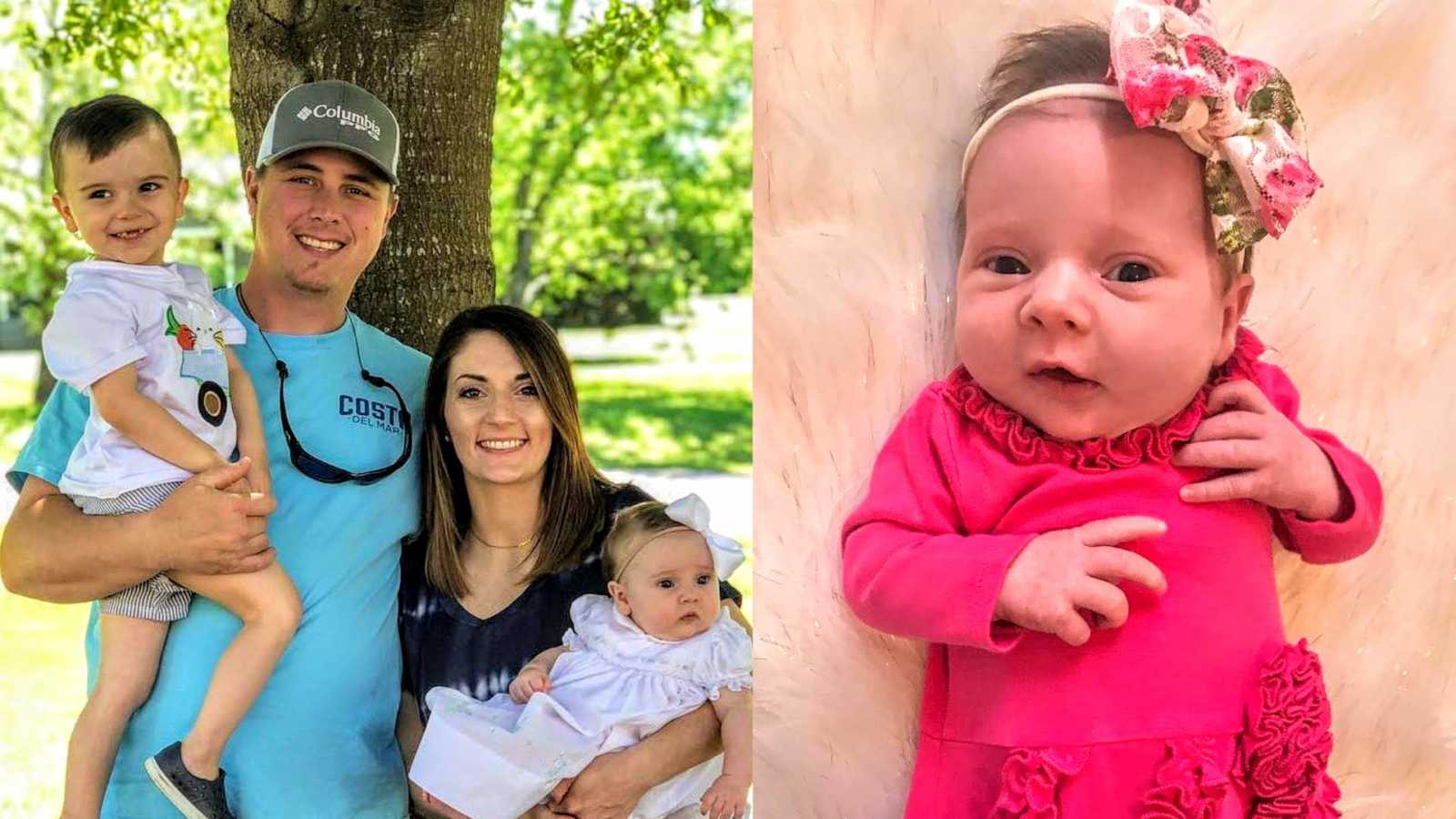 “My name is Haley and I’m from a small town just north of Huntsville, Alabama. Five years ago, I married my high school sweetheart.

At 21 years old, I was diagnosed with endometriosis and told, ‘You will most likely never have children of your own.’ Oh, but I did. I gave birth to a beautiful little boy. He was my one-time miracle, or so I thought.

Late last June, I started experiencing some medical issues and went to the OBGYN to find out what was wrong with me. When the test results came back, they said, ‘You’re 13 weeks pregnant!’ I couldn’t believe it. I was overwhelmed with joy. I celebrated with friends, family, and my work family. My bosses, the owners of the company were so excited.

When I found out I was pregnant, I had been working at a small medical facility in Huntsville for 8 months. Everyone I worked with was ecstatic and couldn’t wait for my baby to arrive. The owners were like family to me. They even gifted me a car seat. The first few months of the pregnancy were nothing but smooth sailing. Until it wasn’t.

Later into my pregnancy, I began experiencing issues with my blood pressure. So, I made the decision to go on pregnancy leave earlier than expected to accommodate my medical needs and ensure the health of my little one. Unfortunately, due to the small size of the company, I was put on leave without pay.

The last day I went to work was January 2. I was having a lot of issues and the doctor told me, ‘You need to stay home until this baby is born.’ I planned to return 6 weeks postpartum.

On January 10, 2019, Reagan Claire Gentle entered the world at 3:15 p.m. and weighed 7 pounds even. Overjoyed, we brought her home. She was the perfect addition to our little family.

Throughout the weeks of my maternity leave, I sent adorable photos of my family to the owners of the company I worked for. To my coworkers, friends, and family. They all replied with enthusiasm and words of encouragement. Things seemed perfectly okay.

Going back to work isn’t something a new mom wants to do. Who wants to leave their adorable little newborn? But we were a family and, alas, we had bills to pay. Staying home just wasn’t an option.

On February 27, 2019, I went to my postpartum checkup anticipating I would be released to return to work. I was told, ‘You have some medical issues and will need physical therapy. Come back in 2 weeks.’ The company I worked for was owned by a husband and wife. Immediately, I contacted the wife to let her know that I would be returning to work 2 weeks later than expected.

I received a short text message that said, ‘We’ll be in contact shortly.’ The next morning, I received a PDF text message from the owner. ‘You need to return to work by Wednesday, March 6, 2019 or you will no longer be employed by this company.’ The message went on to state that my continued absence was straining the company.

I looked into the Family and Medical Leave Act to see what my rights were, but I wasn’t protected by it because the company had fewer than 50 employees. So, I ignored my doctor’s orders. I needed this job; it was crucial to my family. I told the owner, ‘I understand that you need me and I love this job. I’ll be there.’ Then things began to take a turn.

I sent the owner another message. ‘Hey, by the way, I have a hands-free device I will need to bring to work because I am choosing to breastfeed my child. It will not prevent me from working. I can do it at my desk.’ My desk was in a private room away from patients. There was only one other employee in that room and they told me they were perfectly fine with me using my breast pump.

‘I only need to use it twice during my shift, once at my desk and once during my lunch break.’ I wasn’t asking for permission. I was just giving him a heads up.  Less than ten minutes later, I received a message saying, ‘I have an issue with you pumping at work. What I allow for you, I would have to allow for others.’

In utter disbelief, I instantly began researching my rights as a nursing mom. I had nursed my first child for 18 months and pumped while working. Was this man really telling me I couldn’t pump?! Anyone that has ever nursed knows you have to pump when your baby would normally eat, which is every 2-3 hours. I was devastated by his response. I had no idea what I was going to do.

Feeding formula to my baby was no longer an option at this point. I nursed my son for 18 months and I planned to nurse my new daughter until at least her first birthday. Thoughts began racing in my mind. What am I going to do? I need this job! I can’t feed by baby formula anymore! Plus, why would I pay for something I have for free? How could he say this to me? Has he never known a pregnant woman before?

I knew I needed that job, but something was going to have to give. So, I did my research. Although I wasn’t covered by the Family and Medical Leave Act, I was still protected. Companies with under 50 employees had to apply for an exemption to the law and prove that a nursing mother pumping creates an ‘undue hardship’ to the company. Pumping was allowed to continue until they filed for exemption.

So, I typed up a letter to my employer and asked for reasonable accommodation if he wouldn’t allow me to pump at my desk on the clock. ‘I am willing to take two twenty-minute unpaid breaks,’ I said. I sent it to him via text message on Monday, March 4. Forty minutes later, he told me, ‘Your job at this company is over!’

I was 7 weeks postpartum, finding out I would no longer have a job because of a natural choice. A choice I made to provide nutrition for my newborn baby girl. Can you imagine? I was heartbroken and confused.

Shortly after, I applied to 47 jobs in just twenty-four hours. I went to four job interviews and was offered multiple positions. Luckily, I landed a job where lactating mothers are welcomed with open arms. I now have a room where I am able to pump at any time. This is what ALL mothers should experience.

Two days after being fired, I received messages from both of the owners at my previous job. ‘Do you want to come sit and talk? Perhaps we can try to accommodate you.’ You mean AFTER you fired me? I thought to myself, ‘Why would I go to work for someone who made it clear that they didn’t support nursing mothers?’

No mother should ever be fired for making the decision between breastfeeding or formula. I want to be a voice for all nursing moms. I hope the law will someday change after my story!”

This story was submitted to Love What Matters by Haley Gentle of Alabama. You can follow her journey on Instagram here. Submit your own story here, and be sure to subscribe to our free email newsletter for our best stories.

‘I sat in the waiting room, eager for my big sigh of relief. It didn’t come. Like many of us, I thought I had all the time in the world. Then, I received the blow most of us fear. My heart sank.’

‘Breastfeed for a year, minimum. But not after 2, that makes you perverted. Also, not in public or anywhere that men might be unable to control themselves and leave their wives for you.’

Do you know someone who could benefit from this story? SHARE this story on Facebook with friends and family. 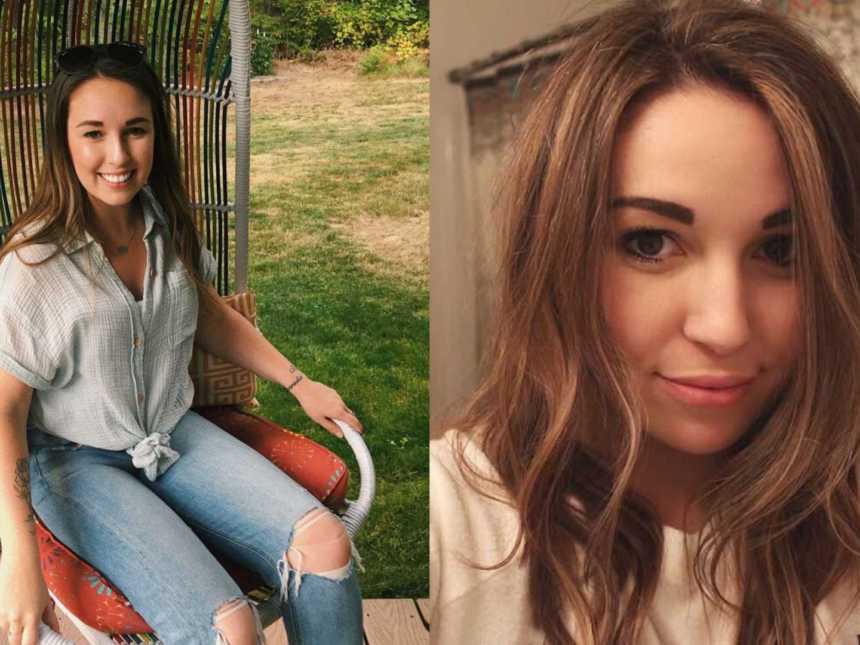